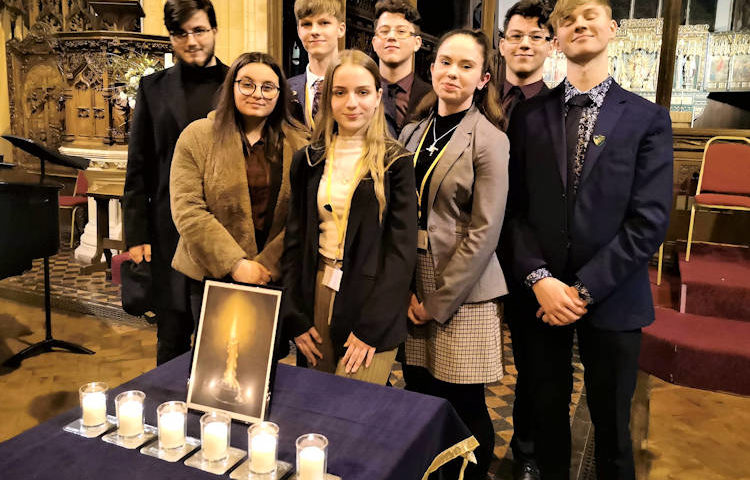 Holocaust Memorial Day was commemorated in Peterborough by a moving inter-faith lunchtime service in the Parish Church of St John’s, attended by over 400 people including local dignitaries led by the Deputy Lieutenant of Cambridgeshire. Brian Keegan reports.

The lunchtime service, on Monday January 27, ended with a laying of a wreath on the Holocaust Memorial Stone by the Mayor, whilst Chuck Salomon from the local Orthodox Jewish Community read the Memorial Prayer for the victims of Holocaust and the Mourners Kaddish in Hebrew and English.

The same evening in St John’s Church there was a well-attended concert organised by Brian Keegan, the East Anglian Diocesan Lead for Inter Religious Dialogue on behalf of St Peter and All Souls Catholic Church and Vivienne Fleet from the local Liberal Jewish Community.

In preparation for the concert, Brian had arranged for John Hucklesby, a local U3A Poetry group leader, to run a workshop using the poetry of Lotte Kramer, a local Kindertransport child who escaped to England in 1939 for a group of St John Fisher Catholic High sixth formers to explore the human impact of Holocaust.

The concert commenced with a reading of the part of Nostra Aetae relating to Jewish Catholic Relations by Kevin McCabe. This was followed by a response from Rabbi Danny Rich, the Senior Rabbi Liberal Judaism in England and candle lighting.

The main part of the concert featured Kol Echad, a Jewish Choir from Cambridge, led by Mike Levy, who sang a mixture of Jewish songs and psalms in Hebrew, Yiddish and English. All Souls Catholic Youth Choir, under their Director Jeremy Jepson, assisted by Own Winter who sang hymns by Richard Shepard, Peter Hurford, Gerald Brown and Vaughan Williams.

Catherine Cox, Head of History at St John Fisher, introduced Sabina Strug (born in Poland), who showed a painting of a candle she had painted and read a moving piece inspired by the Lotte Kramer workshop. This was followed by seven other sixth formers who recited their poems inspired by Lotte’s work.

Refreshments followed served jointly by the Catholic and Jewish communities.

The concert received sponsorship of £100 from Near Neighbours and £100 from an anonymous member of the Liberal Jewish community and raised over £500 for the National Holocaust Centre and Museum at Laxton near Newark.

Pictured top are St John Fisher students who read their own poems, with the painting by Sabina Strug and, above, All Souls Catholic Youth Choir. 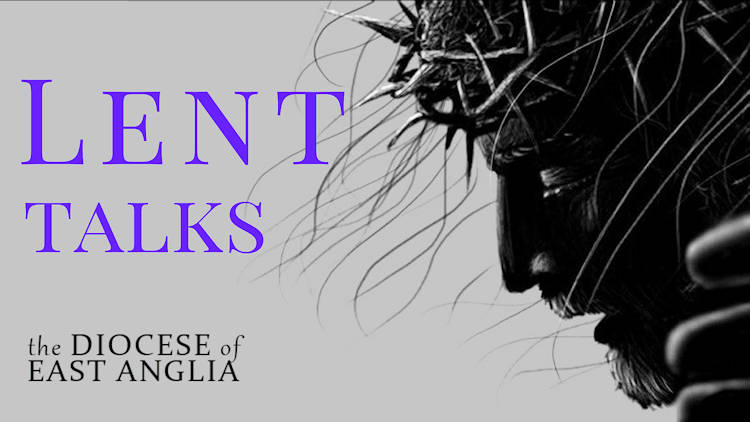 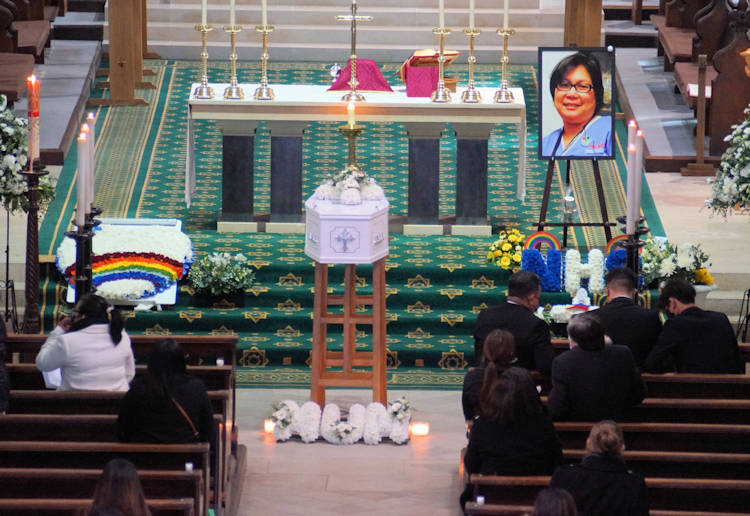 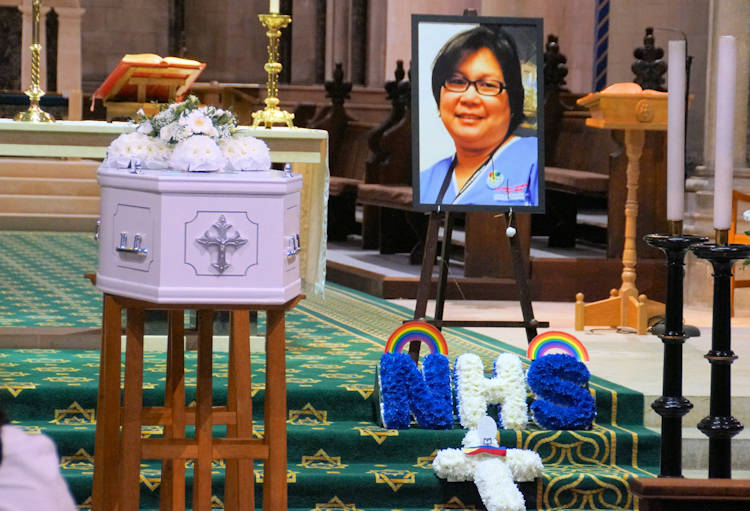