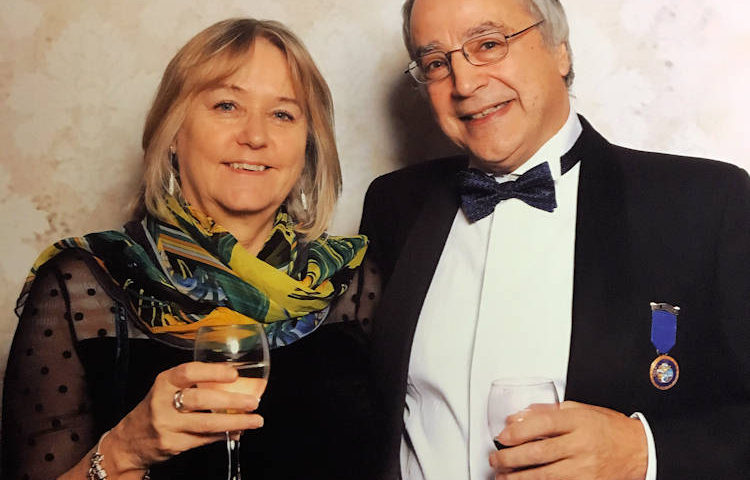 American Catholics are unafraid to wear their Ash Wednesday crosses as an outward sign of faith, as Bungay parishioner Pio Altarelli discovered on a recent visit to New York.

Early on Ash Wednesday, Sue and I were standing in the Broadway ticket line on Duffy Square in Manhattan. It was bitterly cold as we stood waiting and watching the seemingly endless representatives of all nationalities and colours visiting and passing through that iconic space on Broadway, a melting pot for the human race.

I began to notice passers-by displaying dark smudges on their foreheads. At first, I couldn’t work out what it was, then it dawned on me – Catholics, Ash Wednesday.

The thing that surprised me was that there were so many: so many Catholics and unafraid to wear an outward sign of their faith. So many also in the restaurant and no-one batted an eyelid!

In New York, one grows accustomed to seeing Hasidim, resplendent in their shiny black frock coats and tall hats; others wearing the yarmulke, and all kinds of religious and cultural garb. Catholics are not normally so easy to differentiate.

Later, in the theatre, behind us were men with wearing the yarmulke. In our row families were wearing ash on their foreheads, as were so many across the rows and even on stage, one actor was proudly wearing his Ash Wednesday symbol of mortality.

Here in the UK, we quickly remove it, fearful of drawing attention to ourselves. In what is ostensibly a Christian country, where the Queen is head of state and of the Christian church, the cross can be seen as so offensive that individuals have been known to lose their jobs for wearing a crucifix!

In the US, strangely, where state and church are separated by the constitution, Jew and Christian alike wear their faith symbols side by side in respectful harmony. Even in the workplace, it is seen as normal, at least in NYC.

Indeed, in Utah, a primary school teacher was suspended for forcing a pupil to remove the mark from his forehead.

The only mention I read in the UK press was criticism, ash causing burns!

Pictured above are Pio and Sue Altarelli.