Resources for the Year of St Joseph 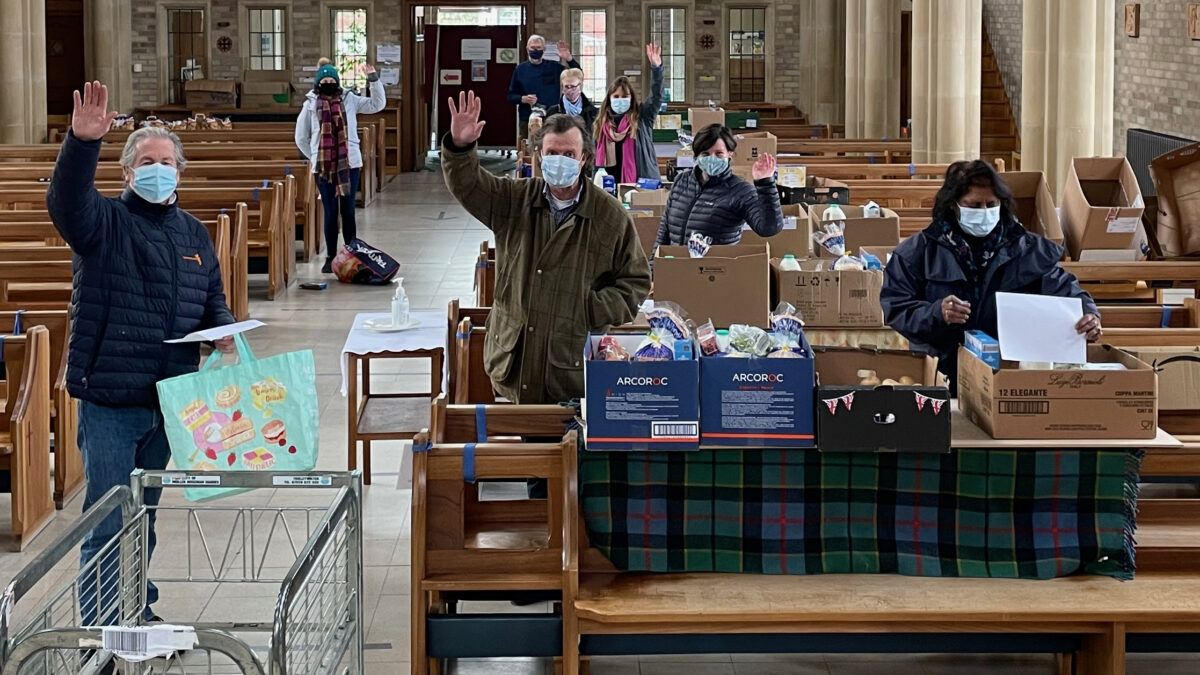 The Lord Lieutenant of Suffolk has awarded an ecumenical project in Newmarket a Certificate of Merit for its work to bring food parcels to needy families.

The Countess of Euston, who is Lord Lieutenant of Suffolk, sent the Certificate of Merit to Deacon James Hurst from Newmarket Parish. In a covering letter she writes:

“As Her Majesty the Queen’s personal representative in Suffolk, I would like to thank you for the outstanding contribution you all have made to the County during the extraordinary and difficult circumstances caused by the Covid-19 crisis. Your selflessness and sense of duty are a credit to you.”

The project has provided food parcels to families whose children are eligible for free school meals. The Newmarket parish hall became a Covid rapid testing centre on Monday February 8, and the project had to move from the hall into the main church building. Volunteers sent out their last 95 parcels from the hall at 12:46 on February 3, and had completely cleared the hall and moved stock and boxes to the church by 12:56.

The project began as a partnership between the SVP Conference at Our Lady and St Etheldreda parish and Newmarket Community Church. It has now expanded to become an initiative of Churches Together in Newmarket and District. It had been built on the existing Make Lunch project, in which volunteers cooked and served hot lunches one day a week during school holidays for families whose children were eligible for free school meals.

The project in its new form began during the first lockdown and initially continued until the end of August. It delivered parcels again in the October half term and Christmas holidays, and relaunched on January 12 when the third lockdown was imposed. It is currently supplying 95 families, including 156 adults and 233 children.

Over 70 people have volunteered for the project, of whom 35 are Catholic parishioners. Most of the remaining half belong to other churches in the town. The volunteers give their time the use of their cars and fuel free of charge.

Local businesses as well as wealthier families from the local school have provided the bulk of funding for the project, and a national Catholic fund named after Albert Gubay has also made a significant grant.