Vocation: Fr Benedict found a place that felt like home 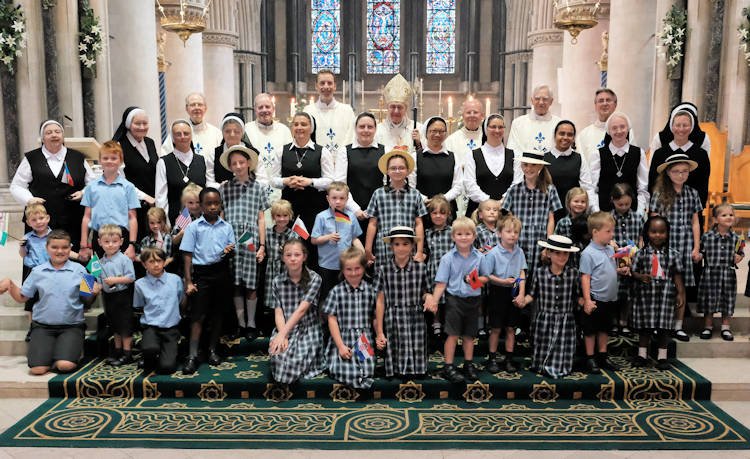 The Daughters of Divine Charity, who have a convent and school in Swaffham and a small care home in Hunstanton, have celebrated the 150th anniversary of the founding of their Congregation with events in Vienna and Norwich.

The Congregation was founded in Vienna in 1868 by Mother Franciska Lechner and an international celebration was held in the Austrian capital city for three days in early June.

Provincial Superior Sr Thomas More, Sr Danuta, Sr Kasjana, Sr Bernarda, Sr Linda and three Novices went to Vienna along with three girls from the Year 10 class at Sacred Heart and two teachers. There were also three young girls from Chesterfield who are interested in joining the Congregation and Fr Michael Johnstone, the former Parish Priest of Swaffham.

Bishop Alan Hopes also invited the Sisters, the school, friends and parishioners to an 11.30am Celebration Mass at St John’s Cathedral in Norwich on July 5 to mark the anniversary.

Sr Francis Ridler said: “The 150th Anniversary at the Cathedral was a very special occasion. The pupils sang with enthusiasm and all who had individual tasks exceeded expectations. It was a wonderful community effort with school staff, Bishop Alan, several priests, parishioners, friends and parents joining in our celebration.

“Many parishioners at the Cathedral praised the organisation and good behaviour of the pupils. The children enjoyed seeing the Sisters from Chesterfield and Hunstanton.”

The offertory procession included items that represented the Sisters and school such as a candle, its emblem, the mission statement and a globe. Year 6 escorted the Nursery children who held flags from the 20 countries in which the sisters work.

One of the highlights of the Mass was a Year 11 pupil, Emily Ringwood, singing a solo Pia Jesu and the angelic voices of Sr Michaela and Sr Danuta as they sang the responsorial psalm.

The Mass was followed by a barbecue in the Narthex gardens organized by staff from the Narthex and from Sacred Heart school.

The Sisters said they would like to thank Bishop Alan for his invitation and for allowing his staff to work with the Sacred Heart Team to organise the Mass and barbecue.

Pictured above at the Norwich celebration Mass are sisters, pupils, priests and Bishop Alan. Picture by Rod Glenister.

More pictures by Michael Hill can seen by clicking here.