Peter finds a different culture in the Philippines

The mission goes on door-to-door in St Ives

Peter finds a different culture in the Philippines 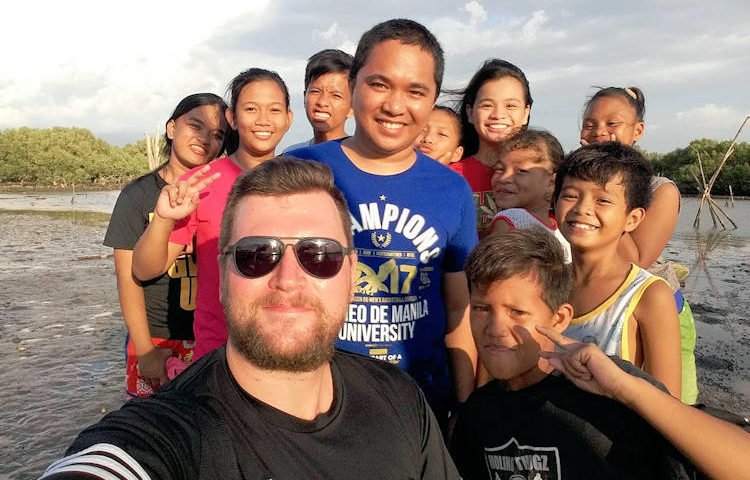 As part of formation at the Venerable English College, seminarians are encouraged to pursue pastoral experience in a radically different culture, and when his time came, Peter Wygnanski from Cambridge immediately thought of the Diocese of Malolos, Philippines. Here is how he got on.

When observing a conference at the Pontifical Academy of Sciences, I was deeply impressed by a talk which presented various projects of aid and economic development which the Diocese of Malolos undertakes. I was delighted then, when the delegate from Malolos I met at the conference, now a dear friend, replied to say that I would be very welcome to visit.

The city of Malolos is the capital of the province of Bulacan, to the north of Manila, and the diocesan statistics are simply astonishing. There is a catholic population of 3.6 million, many of whom live below the poverty line, but only 108 parishes and 200 priests.

One parish I visited had 90,000 parishioners, nearly two thirds of the Catholic population of East Anglia, but only two priests. My three weeks were spent visiting several projects, however my base was the Jubilee Sheltering Programme, a complex of housing for nearly 1,000 climate change refugees.

These were families whose traditional land had become uninhabitable due to rising sea levels and more frequent and severe weather events, but did not have the financial resources to relocate. The welcome I received from the residents, the poorest of the poor, was simply humbling, and the ease I felt so far from home is a testament to their hospitality and generosity. Truly no one is so poor they have nothing to give and no one is so blessed they have nothing to receive.

My time in the Philippines ended with an overnight visit to a remote parish in an impoverished fishing community, reachable only by a 30-minute boat journey. The island and the surrounding area will be long remembered as some of the most beautiful scenery I have ever seen. But I can think of no better image, than the juxtaposition of a community struggling to survive in the shadow of high-rise buildings just across the bay in Manila, for the economic inequality that goes unchecked around the world.

An exemplary project run by the Diocese purchased fish from the poorest independent fisherman at an honest price, which was then processed and bottled for sale by residents of the Jubilee Sheltering Programme, thus providing people in two communities with the dignity of a living wage.

In my view, this is precisely the sort of activity Pope Francis calls us to in his encyclical Evangelii Gaudium, the opposite to the “economy of exclusion”, and striving to end poverty and sharing of prosperity.

Catholic Social Teaching calls us to a holistic solidarity that embraces all peoples and that integrates the economic, social, and environmental challenges facing humanity.

I will be ever grateful for my experiences in the Philippines, and the lessons learnt which might inform and inspire my own, God-willing, future priestly ministry in East Anglia in this light.

Pictured above is Peter Wygnanski with some young people in Malolos in the Philippines.