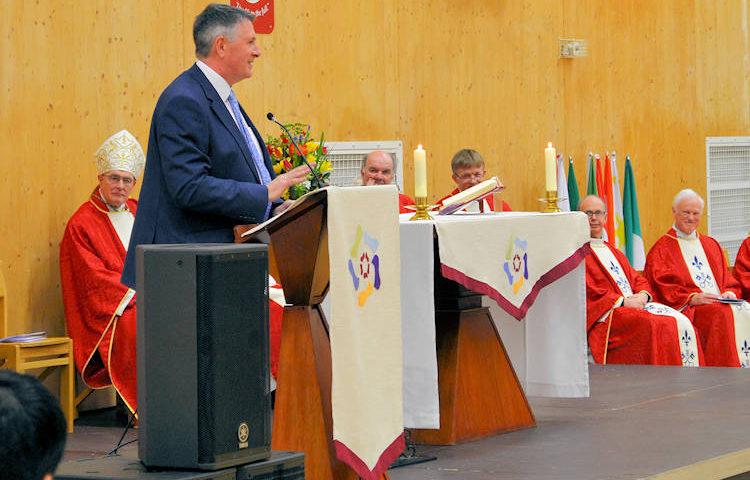 St John Fisher Catholic High School in Peterborough has celebrated its 60th anniversary, and marked the retirement of its headteacher, with a special Mass.

The Mass on April 3 was celebrated by Bishop Alan Hopes and many priests from the deanery past and present.  Guests, included headteachers from across the diocese, staff and parents.

The school opened on its Park Lane site in April 1959 as a secondary modern school.  Over the years it became a comprehensive and expanded to its age range to 11-18.  In 2009 a substantial rebuild created the bright and modern campus which can be seen today.

In his homily Bishop Alan spoke about Catholic education and of its roots being with education of the poor. Also how 60 years was a milestone for such a good Catholic school but a small period of time when compared with the history of Catholic education.

The event also marked the retirement of headteacher Sean Hayes on his own 60th birthday and so many headteachers from other city schools were in attendance, as well as past members of staff and new headteacher, Kate Pereira. 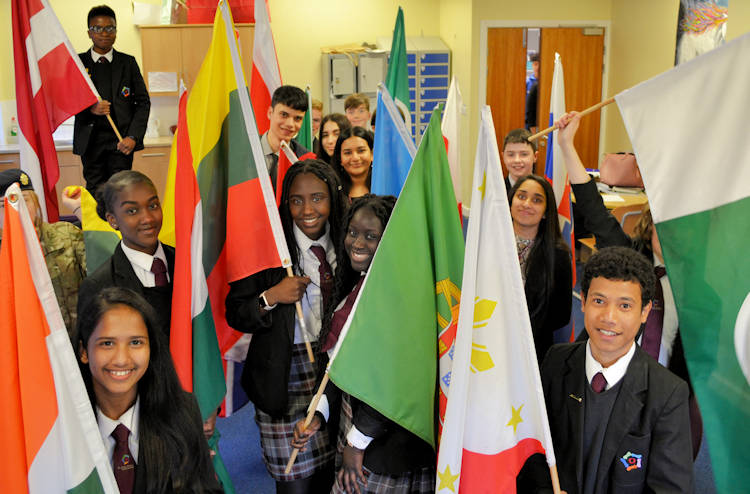 The procession of clergy was led by students carrying the flags of their home nations to represent the multi-cultural nature of the student body.  The bidding prayers were read by representative of key groups of students, including the army cadets, The Brilliant Club, the Learning Leaders and the Football Scholarship.  Choirs from Sacred Heart and St Thomas More primary schools helped the school’s own choir and musicians lead the music.

Chair of governors, Paul Rossi, thanked Sean for his over ten years at the school and presented him with a painting of the school, by school chaplain, Rowena Goodfellow.  Bishop Alan then presented Sean with a Papal Blessing on behalf of the diocese.

Sean came to the school in July 2008 when it had just gone into special measures and the governors had been replaced.  Under his leadership it came out of special measure in March 2010 and was judged good in October 2013 and again in November 2017. A diocesan inspection of December 2013 said the school was outstanding.

To mark the anniversary, students have been fundraising to create a sensory garden on the site; their target is £10,000 and they are close to achieving it.  The school has a unit for children with hearing impairment and it is hoped the garden will benefit these and others with sensory needs.

The anniversary has also been marked by the installation of stained glass windows in the school Chapel.  These have been designed and made by former Head of Art, Emma Guppy. There is one window associated with each of the school’s four houses, which are named after key places in the life of John Fisher.  The Beverley window represents the Holy Spirit, the Cambridge one the Water of Life, the Rochester one the Light of the World, and the Westminster one the Earth that Sustain Us.