St Benedict’s School is set to move onto single site 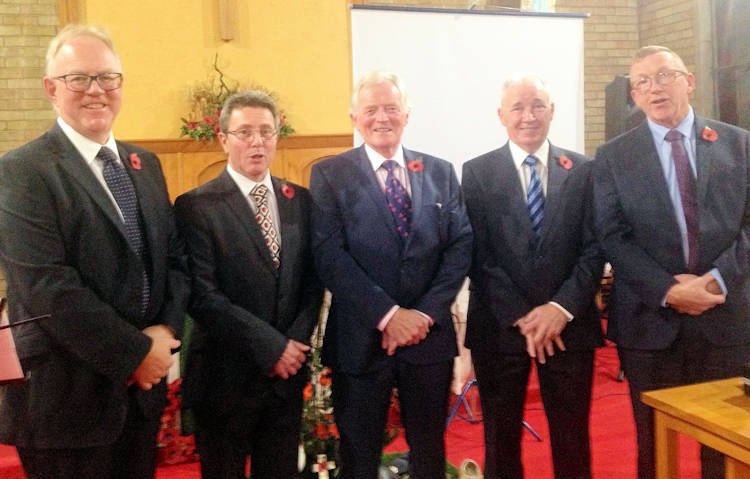 Remembrance events were held across the Diocese of East Anglia to mark 100 years since the Armistice and the end of the First World War, they included a concert in March and services in Bury St Edmunds.

To commemorate the century since the end of the First World War March parish hosted an Armistice Concert on November 11. The audience joined in with songs which were popular 100 years ago and which would have been sung by the British forces at the time. This was the last of a series of concerts organised by Mike Green to mark significant events in the Great War. He said: “These concerts have given us all an opportunity to learn more about the First World War and to remember those who fought for us all.”

All Masses on November 10 and 11 at the Church of St Edmund King and Martyr in Bury St Edmunds marked Remembrance Day, reports John Saunders.

The church had been simplistically yet poignantly decorated to highlight the end of the First World War whilst also recognising the sacrifices of the past and present of those during conflict.

Pen pictures of all the 11 members of the parish killed in the First World War one were displayed as the result of extensive research by David Bowden.  The memorial plaque in the Narthex was decorated with poppies and a reminder of a war cemetery in Greece.

Members of the Church History Group supplied Prayers of Intercession and read out the names of those killed in the war and Binyon’s poem.  A trumpeter sounded the Last Post.  The music provided by the choirs supported the moving aura.  Children attending the Children’s Liturgy made their own wreath comprising the names of those who died and this was placed below the memorial. 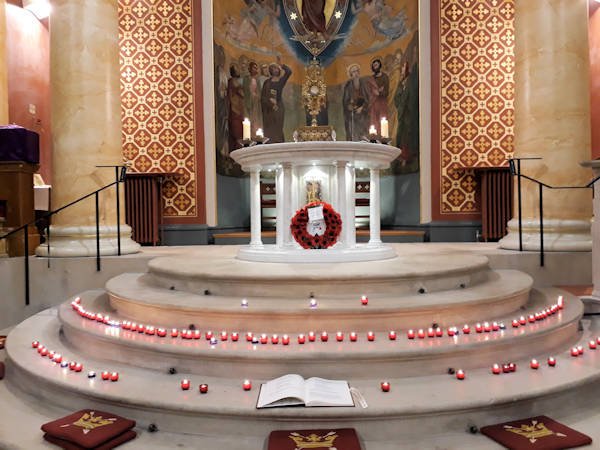 A wreath in the Sanctuary and the silhouetted figure of a soldier provided a strong visual focus for remembrance.  The homily given by Fr Mark Hackeson gave cause for reflection on the sacrifice made by those who were engaged in conflict, the effects of war upon the civilian population and the message of peace.

The evening Mass on November 11 at St Edmund’s Church concluded with Benediction and the tolling at 7.05pm of the church bell, reminiscent of the occasion when 100 years previously the bells rang out to proclaim peace.  The congregation took part in a dignified procession in which they placed lighted candles in the Sanctuary (pictured above) and offered their own prayers for peace.