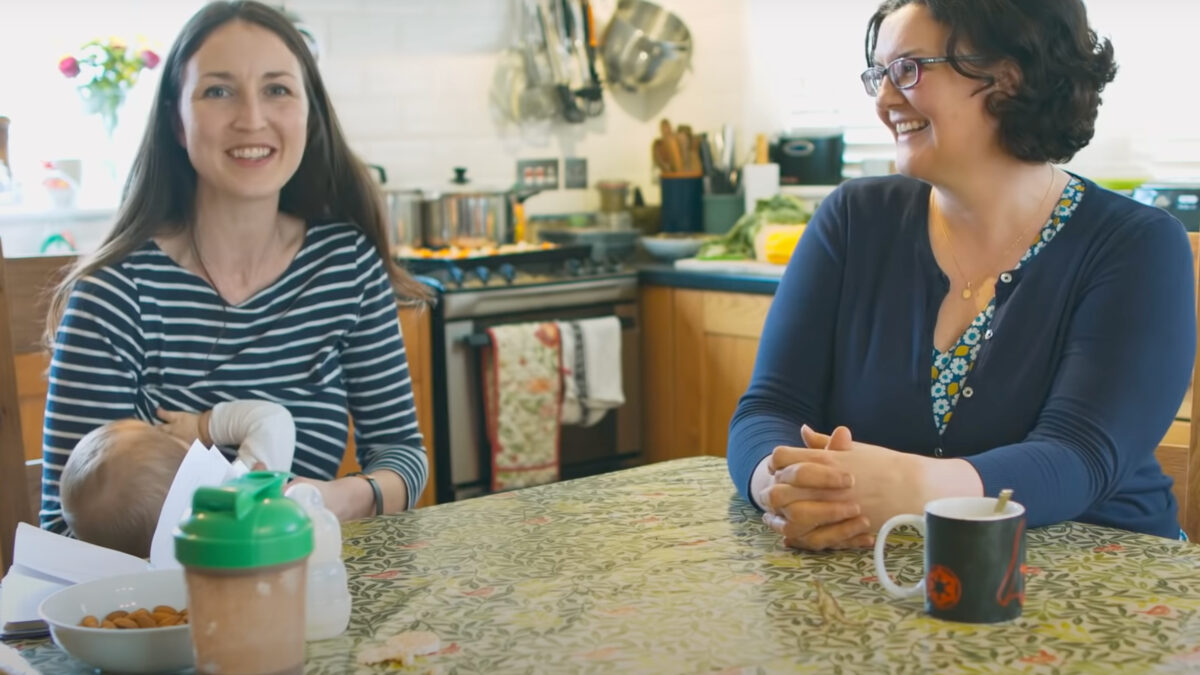 Sarah Ward, pro-life representative on the Diocesan Marriage and Family Life Commission, has featured on a popular YouTube channel called One of Nine.

The channel was started in November 2020 by Peter and Maria Jones, a Catholic couple from Hertfordshire and parents to five children. The name of the channel comes from Maria being one of nine children herself. Each week they produce a video exploring Catholic family life in all its shapes and sizes. As well as turning the camera on themselves, Maria and Peter have been featuring “real life mums” – talking to Catholic mums around the country to see how they do it.

The channel has become very popular, with people all over the Catholic world tuning in to watch new episodes as they are uploaded, every Saturday morning. Maria’s delightful, warm interview technique and Peter’s skill as a filmmaker make for exquisitely beautiful short films, capturing some of the joys and the challenges facing Catholic families in England today. Each one is uniquely different and shaped by the individual story of the Catholic mum in the spotlight.

“We have been great friends with Maria and Peter for a number of years,” said Sarah, “and it was a great pleasure and a privilege when they asked me to tell my story. I am stay-at-home mum with eight children, but I wasn’t always a practicing Catholic, and I didn’t always want to be a stay-at-home mum.”

Although raised in a Catholic family, Sarah lapsed from her faith before she went to university and didn’t once go into the Catholic chaplaincy. She then went to law school, discovered she was good at it and became a solicitor.

He life began to take a new direction during a trip to Lourdes. “We’d taken a boy with profound autism,” she said. “He was very distressed all the time. We took him to the baths, and he became completely calm and at peace. He came out no trouble at all.”

The incident made her return to Mass, and a colleague, realising she was now a practising Catholic, set up a blind date for her with another Catholic lawyer, Tom, who became her husband.

She was considering taking the Pill, but Tom encouraged her to read Humanae Vitae. “It was absolutely life-changing,” she said. “I hadn’t realised that the Church is for women and for babies and for families. Maybe having the legal mind – it was so logical and beautiful that it could only come from God. That was like a wow moment when everything changed.”

You can watch the interview with Sarah Ward here.

Pictured above are Maria Jones (left) and Sarah Ward