Ipswich pilgrims revive devotion to Our Lady of Grace

Day of Prayer for Survivors of Abuse 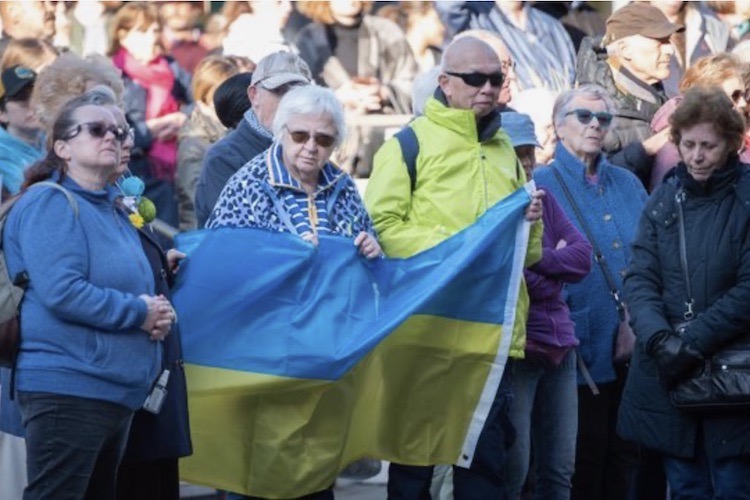 Sixty days after the start of hostilities, Ipswich held a second vigil for Ukraine with a Ukrainian setting of Kyrie Eleison.

The event was organised by the recently formed Together for Ipswich, which has representatives of almost all the denominations and free churches present in the town.

Fr Paul Spellman, of St Mary Magdalen church, led prayers for aid agencies working in Ukraine. The event was well advertised in his church and in St Mary’s; clergy and good numbers from both churches attended along with several parishioners from other Catholic parishes in the town. Stella Maris chaplain Julian Wong brought a flag which was used for the event.

The vigil included an hour of prayers, Scripture reading and Christian music, as people clustered around the steps of the Town Hall. Representatives of Anglican, Methodist and free churches also led prayers, as well as Ukrainians living in Ipswich, and several young people. A choir accompanied the event and taught those present a Ukrainian setting of Kyrie Eleison, which the group sang as a response to bidding prayers.

The vigil took place on Monday April 25. At the close of the vigil the bells of town centre St Mary le Tower Anglican Church rang for about half an hour.

You can read more about the event here:

Pictured above is the second vigil for Ukraine in Ipswich. Image: Sarah Lucy Brown from Ipswich Star.