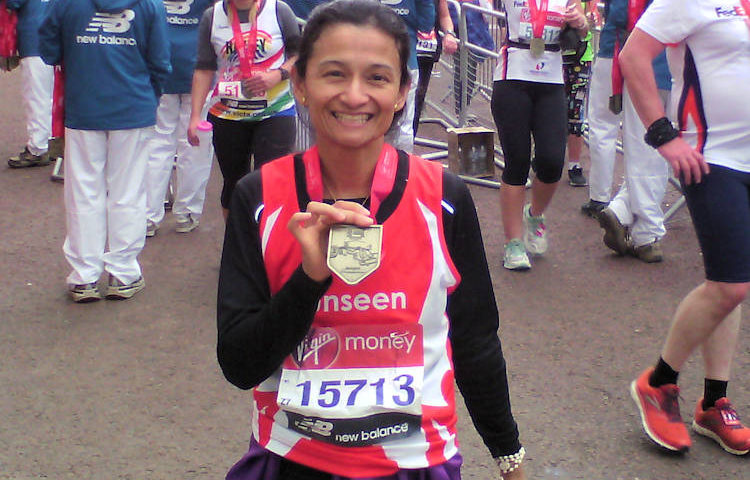 Shumona Knott, a member of St John Fisher Parish in Cambourne, ran the London Marathon on Sunday April 28 to raise funds and awareness for Unseen, a charity which is working to stop modern slavery and human trafficking and to support survivors.

Shumona, who has run five marathons and one ultra-marathon before, finished in 5 hours 26mins and raised over £600 for the charity, for which she is a helpline advisor. 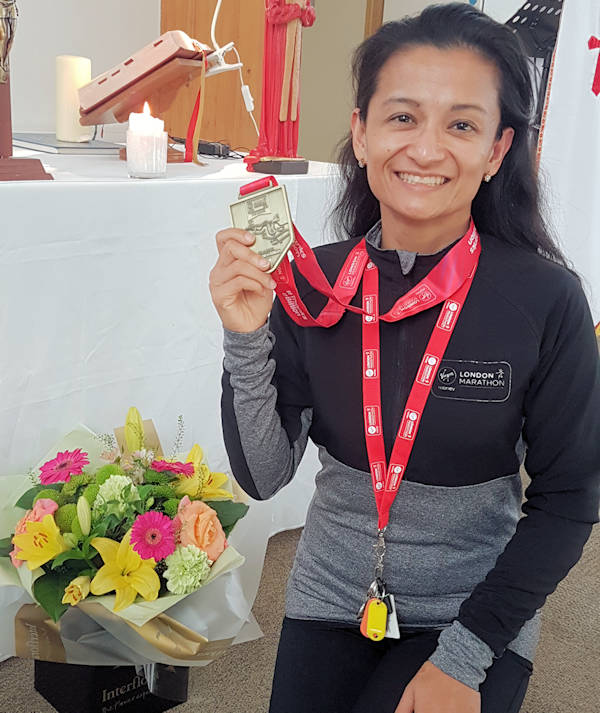 “The best part of the day was hearing all the people cheering the runners on mid-way, especially around Canary Wharf. The worst part was waiting for the race to begin in the freezing cold. I thought I was going to get hypothermia,” she said.

“As a Christian, I strongly believe that any kind of slavery is a sin, whether it be slavery to work or addictions. The money I have raised will help Unseen make a significant contribution to the fight against modern slavery.”

Unseen is funded by individuals, corporate sponsors, trusts and foundations. It runs safehouses for men and women who have been victims and also operates the Modern Slavery Helpline (08000 121 700) which victims, frontline professionals and members of the public can call for free help, support and advice.

In 2018, the Helpline received over 6,000 calls and almost 1,400 reports, from which over 7,000 potential victims of modern slavery have been identified from 94 different nationalities. This uncovered around 1,850 modern slavery cases in the UK.

From these reports, Helpline Advisors (like Shumona) were able to make over 3,300 referrals and signposts to police, local authorities and other organisations that handle modern slavery.

If you would like to support Shumona and Unseen, please visit her JustGiving page at: www.justgiving.com/fundraising/shumona-knott

Pictured top is Shumona Knott at the end of the London Marathon and, above, with her medal. Picture by Helen Jackson.