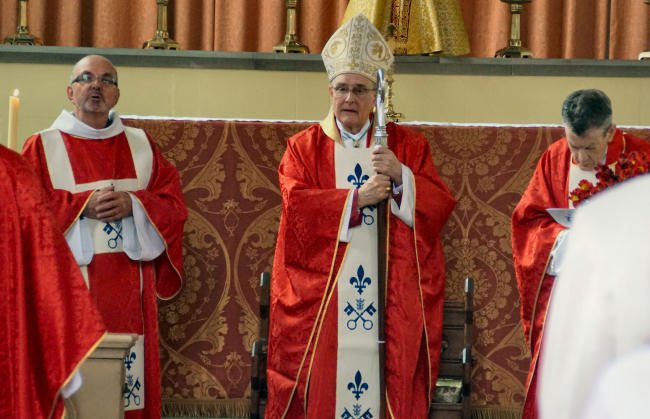 The Church of the Sacred Heart in Southwold has celebrated the centenary of its opening with a Mass presided over by the Bishop of East Anglia, Rt Rev Alan Hopes, followed by a Champagne reception and lunch.

The celebration, attended by around 80 parishioners, priests and ecumenical guests, also marked the sixtieth anniversary of the consecration of the church in 1956.

The first Mass at the church was held on June 22, 1916, almost 30 years after the first known Mass in Southwold, held in a private house, since the Reformation. In 1899, Southwold had its first Parish Priest Fr St Leger-Mason, who served until 1940.

A fund to build a church was started and some land was bought in 1902. Work started on the building in 1914 through the generous gift of a convert Miss Amy Auld who became a Benedictine Nun at the Abbey at East Bergholt. Although delayed by the outbreak of the First World War, the final stone of the tower was laid by Fr St Leger-Mason on November 10, 1915 and it was blessed on June 4, 1916.

The Church had to wait until June 7, 1956, before Bishop Thomas Parker of Northampton came to consecrate it, once all debts had been paid off.

In his homily, Bishop Alan said: "Today we pay tribute to all those priests and people who had the vision, the faith and the courage and commitment to work for the establishment of this church.

"We pay tribute to all those who, together with the present Catholic community, have since continued to build on the foundation that they laid ' so many seeds of the Gospel sown over so many years and so much fruit produced.

"But today cannot be just about a building. Today is our celebration ' for we are the People of God, the Living Stones, the living members of Christ's Body, the Church. The Living Stones of Christ's Church here are also called to be a beacon of hope and love in a society which is torn apart by selfishness, war, terrorism, hunger, homelessness and poverty," said Bishop Alan.

"God has blessed your community over these past 100 years. May the seeds you sow for the Lord produce an even greater abundance of fruit over the next 100 years."

Parish priest, Rev Roger de Lacy-Spencer, said: "Today is a bringing together of the parish and celebrating those who have worked so hard in the past to make this a viable parish now and into the future. People have travelled from Peterborough and Cambridge and further afield to be here."

The congregation then went to the nearby church hall to enjoy a glass of Champagne and a light lunch and look at a display of the church's history and plans for its future.

Pictured above is Bishop Alan Hopes welcoming the centenary congregation.

See below for a full picture gallery from the celebration. 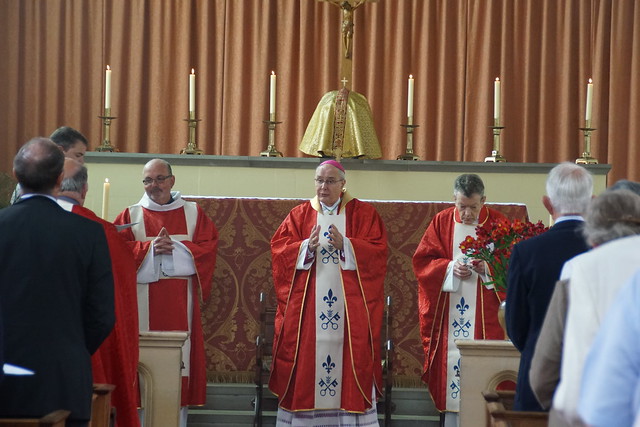 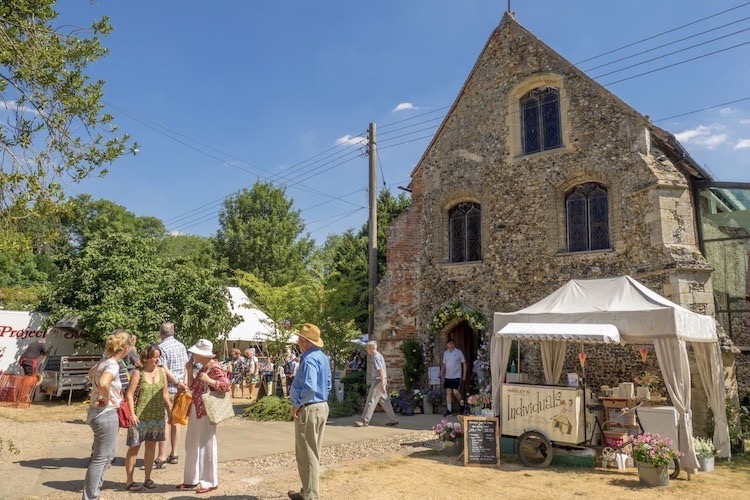 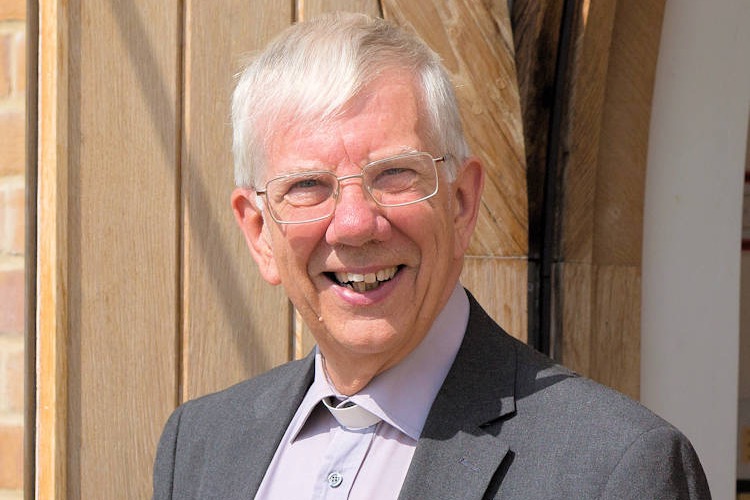