Sr Rosalie was humble, selfless and loved the poor

Sr Rosalie was humble, selfless and loved the poor 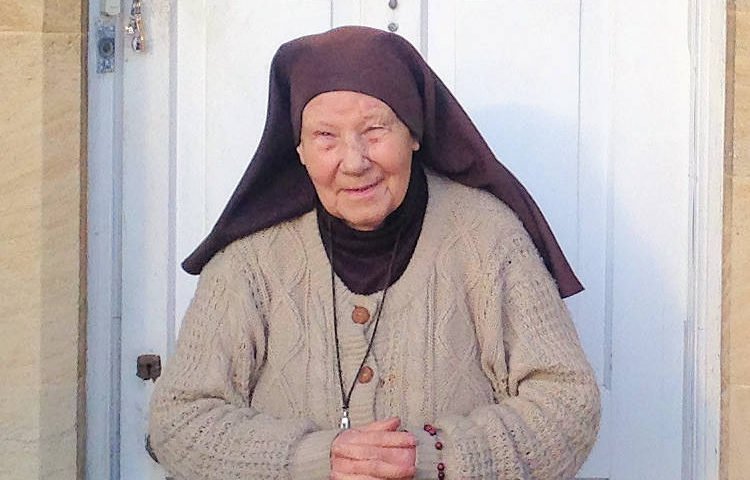 Sister Rosalie Temple, a retired Franciscan nun, who lived near Oundle and was well-known in Peterborough and Walsingham, died on March 12 after a short illness.

Sr Rosalie(aged 92) lived at The Hermitage, St Michael's, Lilford, and her Requiem Mass was held at The Most Holy Name of Jesus in Oundle on April 12.

Friend Michael Hughes said: "Sr Rosalie was a friend and confidante to many, often offering the hospitality of her home to people who came to talk over their problems. She was a lovely and loving person.

"Despite being elderly, she made many trips to Medjuagore, was a supporter of Charismatic events like New Dawn meetings and made frequent trips to Germany."

The Requiem Mass was packed with parishioners from Oundle and Thrapston and friends. Sr Rosalie is survived by her son Raymond Jensen.

Friend Andrea Cope, who attended the Mass, said: "Three things were always immediately evident upon meeting Sr Rosalie – the importance and love of the Blessed Sacrament, Devotion to Our Lady and the preciousness of our Catholic faith and the Saints.

"The homily by Fr Tony Whitfield highlighted her love of St Francis and his way of life in serving God. Also Sr Rosalie's humility, love of the poor and selfless giving to all in need, especially the broken,both at home and abroad.

"Sr Rosalie also had the gift of healing. Fr Tony testified to the life of a young man debilitated with ME and how he felt that it was her gift of healing that led to his recovery. This was one example among many.

"The funeral was small and simple a beautiful reflection of her life, always drawing attention to God and not herself. Which I believe she will continue to do…"

Pictured above is Sr Rosalie Temple.