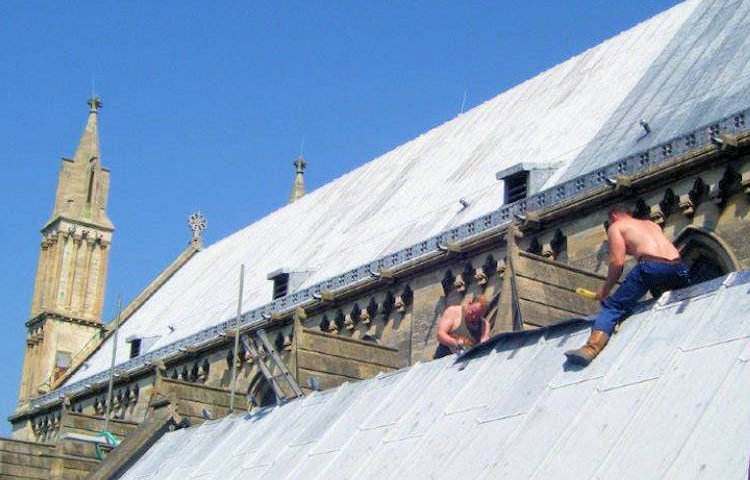 A £40m scheme to conserve and repair England’s cathedrals, including £190,000 for St John’s Cathedral in Norwich, has significantly reduced immediate risks, according to a report published today (July 17).

The First World War Centenary Cathedral Repairs Fund, launched by the Government in 2014, invited applications from Catholic and Church of England cathedrals to address urgent repair works. The fund prioritised making buildings weatherproof, safe and open to the public as well as ensuring they would be in a safe condition to host acts of remembrance for the centenary of the First World War armistice in 2018.

Grants were awarded in two phases between 2014-18, each totalling £20 million. A total of 146 awards were made to 57 cathedrals. Twelve cathedrals were awarded more than £1 million each, and the average award was £274,000.

St John’s Cathedral in Norwich received £190,000 in 2015 for roof re-leading. Norwich’s Anglican Cathedral has received £748,730 since 2014 for three projects for roof repairs, electrical infrastructure and improving the weather resistance of the cathedral and its associated buildings.

According to the report, England’s cathedrals contribute more than £220m to the economy each year, drawing in more than 11 million visitors. Often complex and historic buildings, each has the responsibility for raising the funds required for upkeep. However, with no regular Government funding, each cathedral faces an ongoing challenge to maintain their fabric while ensuring comfort, safety and accessibility for all.

With funding now complete, today’s independent report, compiled by ERS Research & Consultancy Ltd, shows a significant reduction of problems requiring immediate repair as a result of the investment but warned that recipients all had outstanding repairs in areas not covered by the scheme.

The largest number of projects (approximately a third) were for roof repairs. Many of the repairs funded also related to external masonry, with other projects covered including guttering, heating, sound system, electrical and window refurbishment.

The report concluded that the fund had been successful in achieving its aims and met a funding need that could not be met elsewhere, adding that areas of cathedrals covered by grant-aided projects had been very largely changed from needing urgent repair to needing routine maintenance only.

The Most Rev George Stack, Archbishop of Cardiff and Chair of the Catholic Bishops’ Conference Patrimony Committee said: “The grant funding received through this programme has enabled a number of Catholic cathedrals to carry out major works of repair which would otherwise have been wholly unaffordable. Many Catholic cathedrals in England are located in deprived inner-city areas and have very limited funds.

“This grant scheme has allowed a considerable backlog of repairs to be addressed. Leaking roofs have been repaired, decaying stonework rectified, improvements to drainage has stopped damp penetrating walls and causing internal damage, and improvements to heating and lighting systems have made cathedrals warm and welcoming to all.”

The Bishop of Worcester, Dr John Inge, the Church of England’s lead bishop for churches and cathedrals said: “Cathedrals are at the forefront of the nation’s acts of remembrance each year, and in 2018 will perform their civic and community duty with added significance, as we mark 100 years since the end of the First World War.

“This fund has been an imaginative and welcome resource to ensure our cathedrals are fit for this commemoration, as well as underpinning the vital contributions they make to their communities. With visitor and congregation numbers rising, and community outreach in abundance, it is vital that we do not stop here, and continue our commitment as a nation to protecting England’s cathedrals for generations to come.”

Pictured top is work being undertaken on the roof of St John’s Cathedral in Norwich. Picture courtesy of St John’s.