Bishop Alan talks about his story of faith

How you can set up a Caritas project for older people 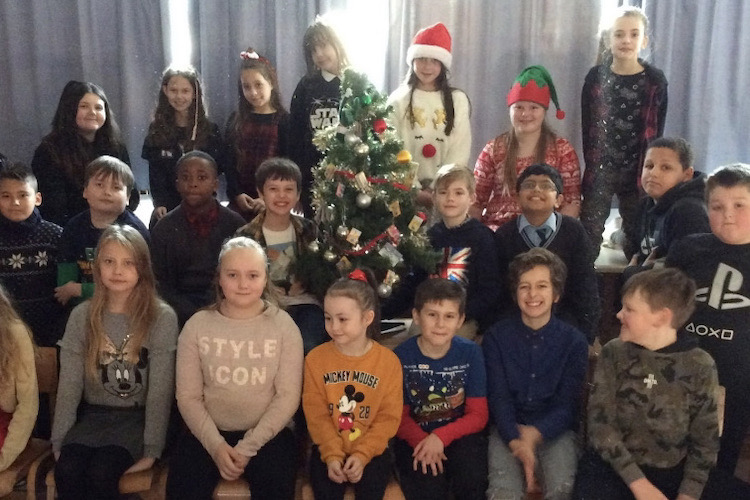 Staff and children at the Sacred Heart VA Primary School in Swaffham did not allow recent restrictions to dampen their Christmas cheer and even managed to raise money for Uganda.

The Christmas jumper design competition was one of many events which the school arranged in the lead-up to the Nativity. Won by Kimmie, the competition attracted a variety of artistic jumpers which the children modelled in a group picture. The £79.10 which was raised has been donated to the Sisters’ mission in Uganda. The children also made clay decorations with which to adorn a Christmas tree.

Through Advent the children opened the windows of a calendar which brought out the meaning of the Church’s season. They had a poster competition which was judged by Sr Francis, Fr Mark, Rev Janet Allan from St Peter & St Paul church and Rev Jackie Horton, the Methodist Minister.

The overall winner of £25 was Logan in Year 5 and his poster was reproduced and distributed to the whole school and to various churches in the town to display in their windows over Christmas.

The Office became a Post Office, and everyone queued at the counter to buy special stamps made by Mrs Cockman. All the letters were posted into a special post box so that they could be sent off to the North Pole.

Pictured above are the children who entered the jumper competition and, below, Logan with his winning poster.