Ordination of Filipino priest is first for East Anglia Diocese

Was Norfolk ‘vagabond of God’ a saint? 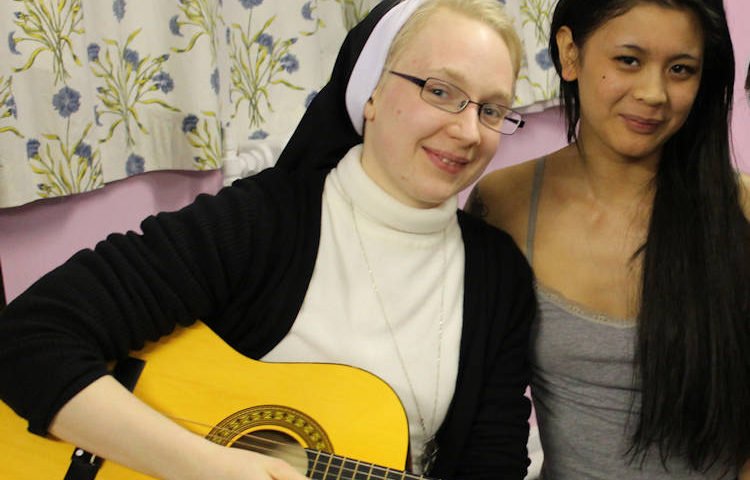 It was the first time in 20 years that such a convent has opened its doors to the TV cameras in the UK. The nuns' way of life was a shock, but also eventually an inspiration, to the unsuspecting guests.

Sr Michaela Switaj, aged 23, was one of the surprise stars of the series, and as the youngest of the Sisters at the convent, was able to identify with the young guests and they, in turn were inspired by her.

"I can relate to them in many ways," said Sr Michaela. "I used to go out a lot drinking with my friends when I was a teenager and thought I was having fun but I just felt more and more empty inside and it didn't really help. It's about showing them there is another way of life and you can have fun without alcohol.

"I used make-up to cover something that I didn't like about myself, I just wanted to rebel," she said.

Sr Michaela came to England when she was 18 years old and entered the convent at 19.

"Since I entered I have felt that this is my vocation and this is where I want to be for the rest of my life. It is a mystery even for us," she said. "When I lived in the world, I had my family and my friends and my school and job but I still felt that there was something missing in my life. I could not find that deep joy which I found when I entered the convent as that was my call and you can't be fulfilled when you don't respond to God's invitation.

By the end of their time at the convent, all five TV guests had reassessed their view of life and what was important to them, in one way or another.

Rebecca, from Newcastle, decided to train to become a care worker and try to rebuild the broken relationship with her dad. She said: "This has been the best experience I have had and I would probably do it again."

Gabby, from Cromer, said: "It was one of the hardest and most challenging things I have ever done. I might not have come away with a belief in God, but I definitely have more belief in myself and that I can do more than I thought I could."

Tyla is about to start voluntary work with the homeless in Leeds and Sarah will be drinking less and helping with more household chores.

And the series was also of benefit to the convent.

Sr Michaela said: "It has brought a change to our community because actually the girls, with their presence, brought us together as a community.

"The girls are beautiful and wonderful on the inside as well as the outside. I want them to appreciate themselves for who they really are, not for the masks that they wear."

Sr Francis Ridler said: "It has been a strange and rather wonderful experience actually. Since the series we have been in touch with some of the girls' parents and they are very grateful for the sisters' impact on their daughters' lives."

Pictured above isSr Michaela with guest Rebecca at the Sacred Heart Convent in"Swaffham during the Bad Habits TV series. Picture by Channel 5.