Workshop on being a welcoming parish 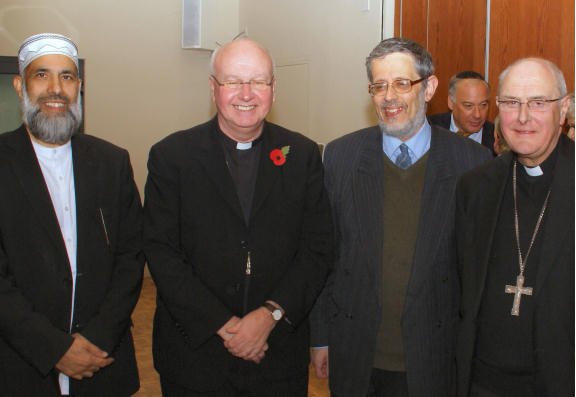 An audience of over 100 Christians, Jews and Muslims attended an historic inter-religion symposium at St John’s Cathedral Narthex centre in Norwich on Sunday November 1.

The main purpose of the event was to celebrate the 50th anniversary on October 28 of the promulgation of Nostra Aetate by Pope Paul VI of the Second Vatican Council’s declaration on the relations of the Catholic Church to non-Christian religions.

Brian Keegan, the Roman Catholic Diocese of East Anglia’s Co-ordinator for Inter Religious Dialogue, said: “The Nostra Aetate declaration represented a fundamental shift in Catholic teaching about relations with other faiths and an emphasis was placed on building relationships and engaging in dialogue.

“It is particularly relevant in East Anglia in areas such as Peterborough and Cambridge where there are many people of other faiths, and also amongst the many university students in the Diocese.”

Introducing the symposium, the Rt Rev Alan Hopes, Bishop of East Anglia, said: “The Nostra Aetate declaration is a very short document but its implications are enormous for the relationships between the Catholic Church and the Jewish and Islamic religions.

“The declaration has helped to build bridges of understanding and mutual respect between the different faiths and to foster a desire to work together for the common good.”

Archbishop Kevin McDonald, chairman of the RC Bishops’ Conference committee for relations with other faiths, said: “There had been a long and tormented history of poor Jewish Christian relations. A sorry tale which included exclusion, prejudice and persecution of Jews by Catholics. In 1965, the time was ripe for something to be said. 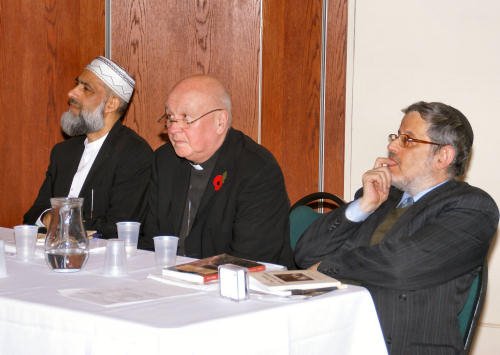 “The declaration talks about what connects us, what we have in common rather than what divides us. The important thing is an attitude of mind, one of openness and receptivity, but it does not mean sacrificing your principles.

“For all of us, the future of society depends very significantly on our ability to relate to each other. It is not easy as religion tends to be something that gives you a sense of identity and separateness and difference. Being able to inhabit that at the same time as reaching out beyond it requires an active imagination and moral courage. I think it is vital for the future, ultimately to resolve the problems we have in the world, for people to talk, relate and think positively and creatively and generously about each other.”

Dr Jonathan Gorsky, of Heythrop College of Philosophy and Religion at the University of London, offered a very personal perspective on the issue, and referred back to the 40th anniversary of the declaration, when he himself gave a lecture on Nostra Aetate in the Gregorian University in Rome. It reminded him that many Jews were sheltered by Catholics in such places during the second world war.

“The Nostra Aetate initiative created something entirely new and precious,” he said. “Anyone who has studied the long history of Jewish Catholic relations cannot but be moved by what has happened.

“For me the declaration is one of the most inspiring moments of the twentieth century. Nostra Aetate is a document, but it is much more than that, it is a process. It has been one of the great inspirations of my life.”

Dr Musharraf Hussain, chief Imam at the Karimia Institute, explained that all the Abrahamic religions are about the same thing, the bond between the Creator and his servants ‘ humanity.

“We now have a greater appreciation and understanding of our common ground. We have differences but the differences are small and our commonality and what we share is much greater. Nostra Aetate has brought about a paradigm shift in attitudes towards other faiths.”

Pictured top are, from the left, Dr Musharraf Hussain, Archbishop Kevin McDonald, Dr Jonathan Gorsky and Bishop Alan Hopes at the Norwich symposium and, above, the panel taking questions.