Full house at Cathedral in Norwich for Christmas Vigil 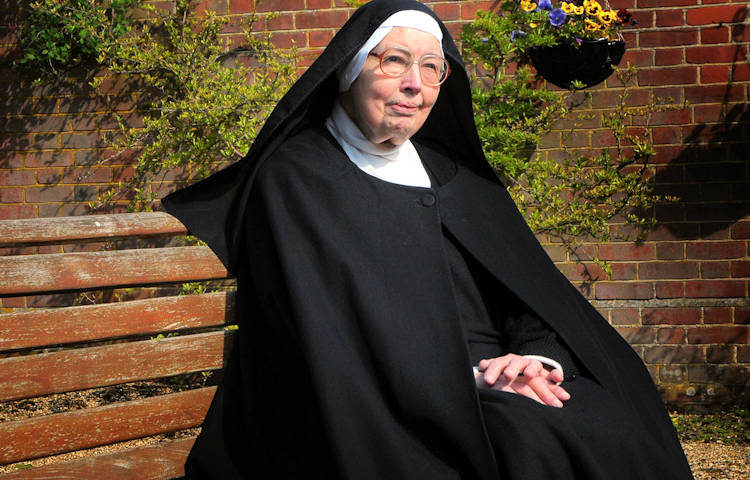 Tributes have been paid to Norfolk Catholic nun Sister Wendy Beckett who earned an international reputation as an unlikely art critic and television star.

Sr Wendy, who lived at the Carmelite Monastery at Quidenham for the last 40 years, died aged 88 on Boxing Day.

Born in South Africa in 1930, Sr Wendy was raised in Edinburgh where her father studied medicine.

At 16 she joined a convent and in 1950 was awarded a Congratulatory First Class degree in English literature from Oxford University. She later taught in cities including Cape Town and Liverpool.

She began studying fine art in the 1980s and wrote a book on the subject to raise money for her convent. Contemporary Women Artists, published in 1988, was followed by more books.

She lived a hermit-like existence in a caravan at Quidenham until 1991 when the BBC commissioned her to present a television documentary on the National Gallery in London.

Sr Wendy became well-loved for her unique presenting style. She would stand in front of paintings in galleries around the world and discuss, without autocue, the work in detail.

Sr Stephanie Walters, Prioress of Quidenham Monastery, said: “Sr Wendy lived alongside us for over 40 years and was a good friend, an inspiration and totally unique.

“With her openness to God in her writing and programmes she could communicate the love and mystery of God through art and literature to many who may not otherwise hear of it.

“Christmas was a beautiful time for her to return to her Lord and be with him.”

Rt Rev Alan Hopes, Bishop of East Anglia, said: “Although Sr Wendy lived as a hermit in Quidenham, her influence and impact on many, many people across the world was enormous as she spoke simply about the love of God expressed through art.

“I am sure that her influence will go on through her writings and her recordings.”

Pictured above is Sr Wendy Beckett, at Quidenham. Picture copyright of EDP.