Warm postcard welcome back to Mass in March

Final Masses to give thanks for Mgr John Armitage 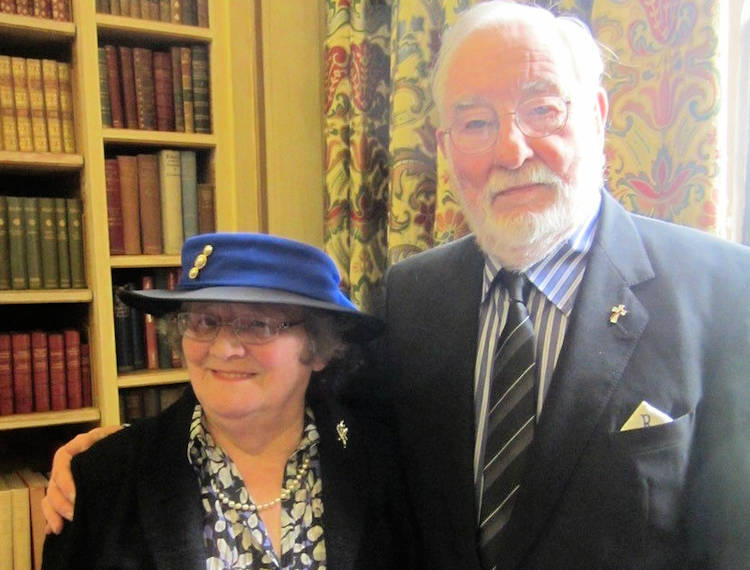 North Norfolk Permanent Deacon Ron O’Toole, who had a great love of the Catholic faith,  died on August 11 at the age of 90. Fr James Walsh pays tribute.

Ron had a long and varied life. At the age of 18 he entered the Cistercian abbey of Mount St Bernard where he spent eight years. It was an experience that marked him deeply and gave him a solid spiritual formation which was to shape his future life and ministry. It was with some reluctance that he left the abbey on the understanding that he might return one day. However when he later visited the abbey it was with his wife Inge and four children!

Ron was born in Plymouth, the only child of a naval father and a staunchly Catholic Irish mother. His education in the faith began in an Anderson shelter when his mother taught him his prayers, said endless rosaries and introduced him to the lives of the saints.

His working life began as an accountant at Philips Electrical where he met Inge and they married in 1957. He was offered a job as sales rep for the publishing firm Burns Oates. The work was congenial but the salary was not sufficient to support a growing family.

Never one to refuse a challenge he took up agriculture, managing the farm for the Dominican community at Spode House for several years. He then trained as a social worker and joined the Catholic Social Service. This brought him in contact with prison life which he saw as an opportunity for pastoral work. This was recognised by Bishop Casey who suggested that he could do this as a permanent deacon in the Brentwood diocese. He was ordained to the diaconate by Bishop Butler in 1979. Finally, he joined the Apostleship of the Sea and worked at Anchor House in the London docklands for ten years.

On his retirement, Ron and Inge moved to Norfolk where he was able to continue his diaconal ministry in the parishes of Cromer, Sheringham and North Walsham.  Ron had a great love of the Catholic faith and had a natural gift for instructing adult converts and leading Bible study groups. In recent years he conducted many funerals, supporting families through bereavement and, on more than one occasion, resolving family divisions.

Ron was good company. He enjoyed a good bottle of wine – preferably red – and was a mine of information about local hostelries. He was a family man, devoted to Inge, his four children, seven grandchildren and two great-grandchildren.

Bishop Alan will preside at a Requiem Mass at the Sacred Heart church in North Walsham on Thursday, August 27 at 11.30 am. This will be followed by a service at Cromer crematorium at 1pm. Under the current restrictions numbers are limited to 30 at each of the services and Ron’s family will, of course, have priority.

You can read more tributes to Ron on the North Walsham parish website:

Pictured above are Ron and Inge O’Toole.