We must speak for the voiceless like Oscar Romero

We must speak for the voiceless like Oscar Romero 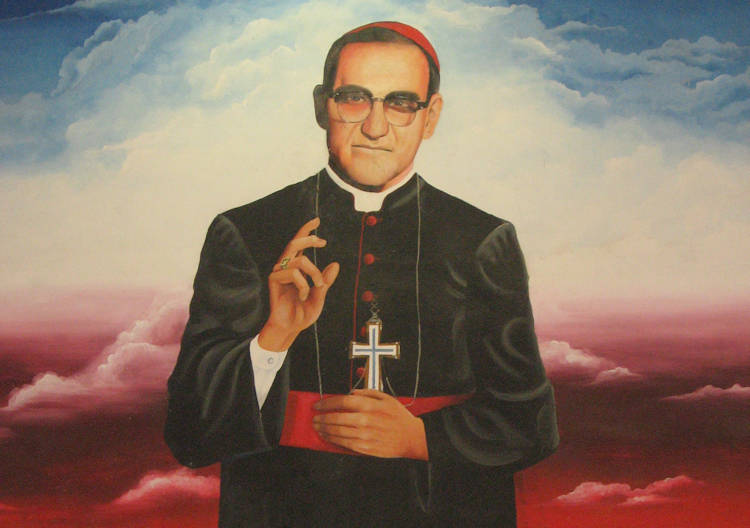 The Third Principle of Catholic Social Teaching is the Preferential Option for the Poor writes Jacinta Goode – as demonstrated by Oscar Romero.

On March 24, 1980, the Archbishop of San Salvador, Oscar Romero, gave his life for the poor of his country.  He was shot and killed at the altar whilst celebrating Mass, falling at the foot of a huge crucifix.  He had become the outspoken voice of the voiceless poor and oppressed and he paid the ultimate price.

Jesus tells us in Luke 6:20, “Happy are you who are poor: yours is the kingdom of God.”  In his message for World Day of the Poor in 2019, Pope Francis talks about God establishing his kingdom, which he then entrusts to us.  It is our responsibility, then, to care for the poor.

In Matthew’s Gospel (25:40), we hear Jesus telling us that we will be judged by our response to “the least of these”.  The Bishops of England & Wales, in 1996, spoke of this response in The Common Good.  They said, “In the poor, we see the suffering face of Christ.  The poor are not a burden.  They are our brothers and sisters.”  “The least of these,” then, are the poor and we must treat them as we would treat Christ himself.

The Bishops in America teach us of the consequences of extreme poverty.  In Economic Justice for All (#88), they say, “The ‘option for the poor’ is not an adversarial slogan that pits one group or class against another. Rather it states that the deprivation and powerlessness of the poor wounds the whole community. … These wounds will be healed only by greater solidarity with the poor.”

So, what is our response to “the least of these” to be?  St Ambrose gives us a clue.  It is not enough for us simply to give to the poor.  Rather, we are obligated to share everything with all of God’s children.  St Ambrose says, “You are not making a gift of your possessions to the poor person.  You are handing over to them what is theirs… The world is given to all, and not only to the rich.”  So much food for thought here!  This could well be another article at another time, but I invite you to consider how we can all share God’s gift of this beautiful world with every one of His children.

And if the world doesn’t want to share? “It is our solemn duty to speak out against,” injustices in the distribution of wealth, teaches Pope Paul VI in Populorum Progressio (#53).  This is precisely what St Oscar Romero did.  He said, “The Word of God is like the light of the sun.  It illuminates beautiful things, but also things which we would rather not see.”  When our eyes are opened to the injustices of this world, God calls us to speak out.  “Those who have a voice must speak for those who are voiceless.” (Oscar Romero)  It may cost us our earthly life, as it did St Oscar Romero – and Jesus – but at what cost if we don’t?