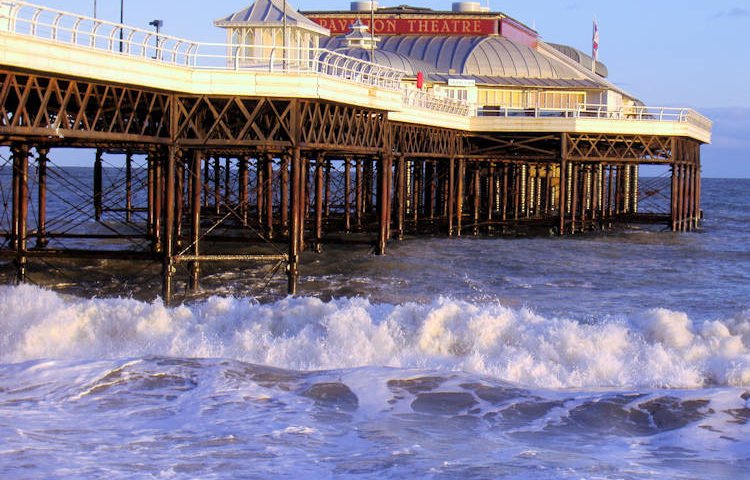 When the police found Larry standing on Cromer Pier preparing to throw himself into the sea, it was the St Vincent de Paul Society in Norfolk which stepped in to provide friendship and somewhere for him to live. Anita Boniface from SVP reports.

When the police found Larry on Cromer Pier,  they called an ambulance. When they asked him if there was anyone they should telephone to ask for help, he said no; the last place that he had called home was a hundred miles away, he had been sleeping rough for months, and he had lost all contact with family and friends.

One of the paramedics suggested calling Catholic charity SVP, which responded by offering Larry a listening ear and finding somewhere for him to stay until he could sort himself out.

People find themselves suddenly homeless for all sorts of reasons, including illness, family breakdown, unmanageable debts, and domestic violence. When the North Norfolk SVP came across others sleeping rough, sofa-surfing or living in cars or tents, it helped them connect with the services and benefits to which they were entitled.

Then another Christian charity offered the SVP temporary use of a house, and the parish of Our Lady and St Joseph provided Alive in Faith funding to employ a manager, who worked with the local authority to provide additional short-term emergency accommodation for the temporarily homeless.

In 2017, the project housed, cared for and helped find permanent accommodation for 11 families, 17 single adults and one couple. SVP Conference president Michael McMahon says that the project provides more than just a roof over people’s heads. He describes the house as a hub of friendship and moral support.

“We look after our residents in the same spirit that SVP members care for the people they visit,” he says. “We share their journey. We signpost them to them appropriate agencies, help them find the funds to move to permanent accommodation, and help them get furniture and carpets when they do.”

The license to use the house expired in April of this year, so the SVP plans to purchase a house of its own to continue its work. If you would like to help people like Larry, you can help the society purchase, adapt, furnish and equip a house by contacting Rachael Crooks (0207 703 3030, RachaelC@svp.org.uk) or sending a cheque made payable to SVP England and Wales, with ‘House East Anglia’ written on the back, to St Vincent de Paul Society, Romero House, 55 Westminster Bridge Road, SE1 7JB.

Pictured above is Cromer Pier.