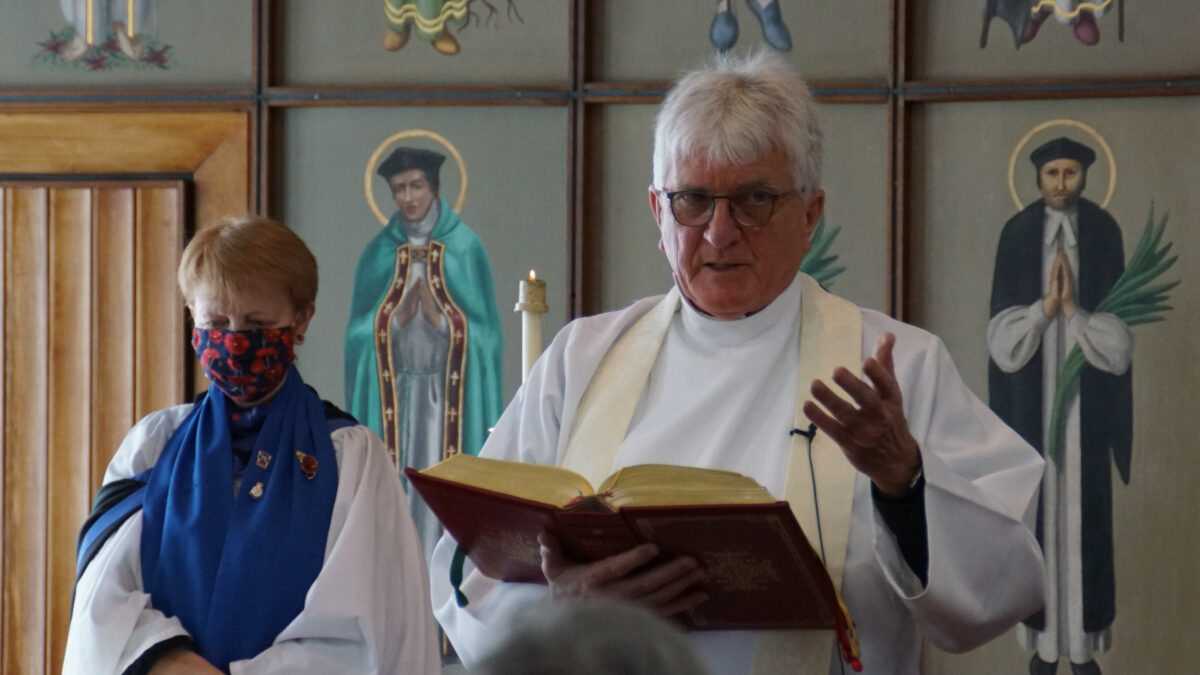 A memorial service at St Thomas of Canterbury in Wymondham heard about the ‘shift of mental furniture’ of one Far East prisoner of war.

Fr Pat Cleary, parish priest of St Thomas of Canterbury, hosted the service for Far East prisoners of War, which was organised by Peter Wiseman. He was joined by Fr Denis Gallagher and an Anglican guest, Rev Pauline Simpson.

The church had been built in 1952 by Fr Cowin, who was himself a prisoner of war in Thailand, and used to say a daily Mass for those who died in Japanese camps. This practice has turned into an annual service which now takes place on the Sunday closest to May 14, the anniversary of the liberation of Rangoon (now Yangon) in 1945.

The church is unique in being built as a memorial to prisoners of war and civilian internees who suffered in Japanese camps. Around 36,000 names are listed in the books of remembrance which are kept in the church.

Fr Pat read an address written by Michael Ipgrave, the Anglican Bishop of Litchfield, whose father was a prisoner of war captured in Singapore. “He was put to hard labour on the railway,” wrote the bishop, “and experienced terrible conditions of deprivation, overwork and brutality there; he was fortunate enough to survive, but his health was permanently damaged, and I believe that what he went through deeply scarred him. How could it not?”

Although Geoff Ipgrave never appeared to harbour resentment towards the Japanese, he did not have warm feelings towards them either. When he was 65, he finally visited Japan. “He met with people of his own generation who had experienced in their own country the brutality which he had encountered as a PoW – Anglicans in wartime Japan had been regarded with great suspicion as fifth columnists of the Allies, and the Church and its priests had been persecuted as a result.”

The bishop said that he could “almost see the mental furniture being shifted around in my father’s mind”, who from then on became committed to reconciliation with Japan and the Japanese people.

Although surviving prisoners of war are now too elderly to attend, their relatives from around the country laid a series of wreaths on their behalf.

Towards the end of the service, the East Anglian connection was highlighted by a link to the the Battle of Kohima. It was the 1944 defensive actions at Kohima of the 18th Division, largely East Anglian, which prevented a Japanese advance into India. This was the first time the Japanese had been defeated in battle, and it marked the turning point of the war in south-east Asia. After Jeremy Lightowler had played the Last Post on the bugle, the congregation read the Kohima Epitaph.

Rev Pauline Simpson concluded the service by scattering petals in front of the memorial.

Pictured above are Fr Pat Cleary and Rev Pauline Simpson

You can see a Flickr gallery of the service by clicking here or on the picture below. 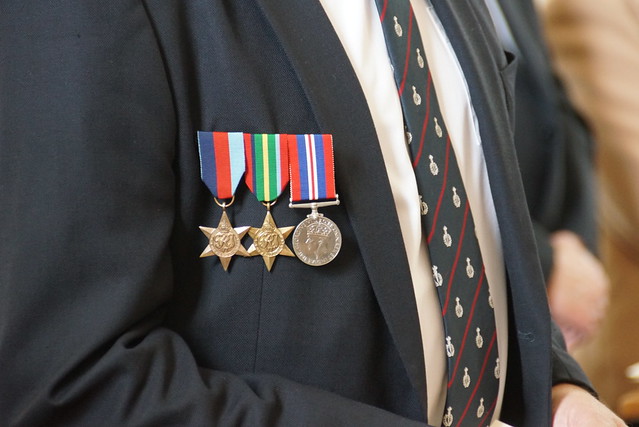