Parishioners at St Mary’s, Woodbridge Road, Ipswich marked Remembrance Sunday with a waterfall of poppies around the church door. 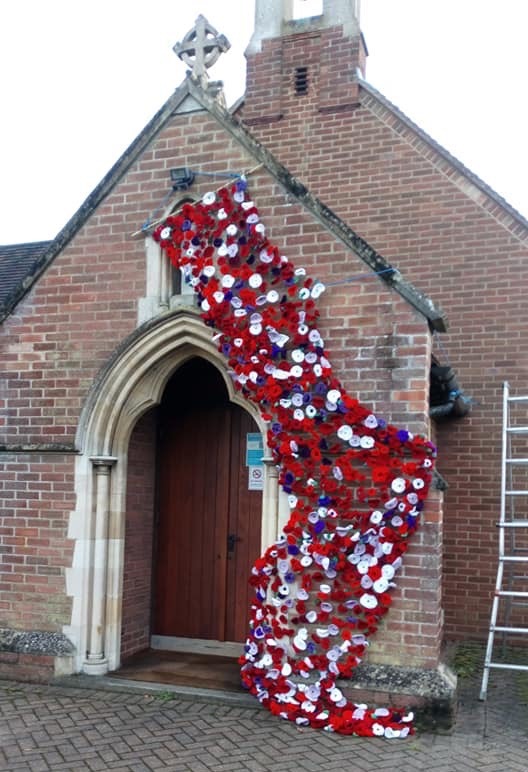 Jean McSorley from St Mary’s writes: “Could we make a Poppy Waterfall for St Mary’s?  Would we have time?  Would people help with the knitting and crocheting of the poppies?

“All these thoughts were going through the mind of Pat Chamberlain, the flautist in our Music Group.

“Of course we will help, we can knit, we can crochet, how hard can it be?

“So way back in September a group of ladies and one man gathered together with their knitting needles and crochet hooks to discuss the logistics of this.

“Fortified by cake, teas and coffees, the team began work on the first batch of poppies.

“Other people who couldn’t make the afternoon sessions brought their contributions in to Pat, and before we knew it not only did we have enough poppies for St Mary’s but also enough for the Holy Family and St Michael church at Kesgrave as well.

“On Remembrance Sunday both churches proudly sported their waterfalls.

“We had a great time making these poppies. We had red for remembrance, purple for the animals that were lost during the conflicts and white for peace.

“Well done Pat and all the poppy makers.”