Peter receives Ministry of Acolyte from Bishop in Rome 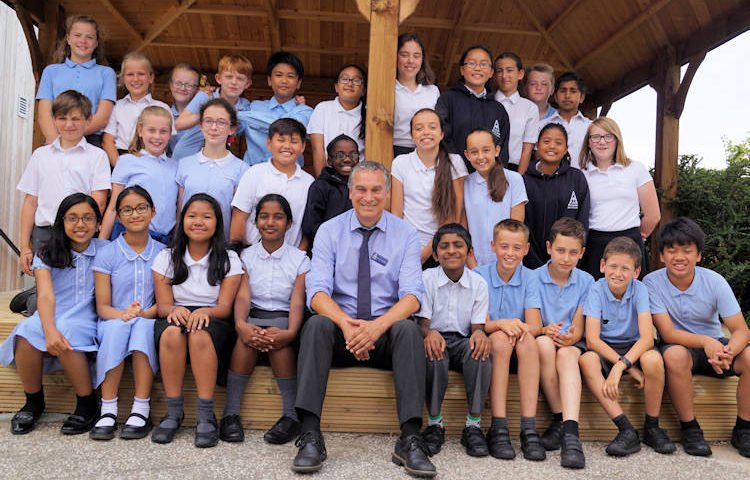 Adrian, aged 56, was deputy for 11 years and head for the last seven at what is believed to be the oldest Catholic primary school in the whole country to still remain on its original site, and is one of the oldest state schools in Norfolk.

The original schoolrooms, first established by Lady and Lord Stafford from Costessey Hall, still co-exist within a school which has seen much building work including a revolutionary new classroom bloc opened just a year ago.

Adrian said: "When I first arrived it looked a very different place, almost forgotten about in some ways. But we have had a lot of building work done. It has really come into its own over the past 18 years. It is now an excellent, outstanding school with lovely children. So it feels like a well worthwhile job done ' a vocation."

Of Adrian's 33 years as a teacher, 32 have been spent at Catholic schools in East Anglia. He started at St Joseph's College in Ipswich as a maths teacher, then St Thomas More (now St Francis) in Norwich, with one year as an acting head at St Edmunds in Bury St Edmunds on secondment after he joined St Augustine's.

"The one year I spent outside Catholic schools I really noticed the difference in children and ethos and really missed it," said Adrian.

"I believe that Catholic schools are the best way to get children to understand what faith is like when churches sometimes struggle to reach them. Catholic schools do a cracking job and here especially where children leave, having been cherished and are absolutely ready for the world. A lot of our former pupils come back to visit or to work here in various guises ' so they feel a connection is there with the school even when they have left and gone on to bigger and better things."

Memorable moments for Adrian have included a school Theatre Royal project when he got to play his guitar on the stage and, as a maths specialist, having the school year six class twice winning the Norfolk Shield for a county maths quiz at UEA.

"I will miss the children the most," said Adrian. "They make the day so much better ' I like just walking around the school and they are very friendly and it just feels like being part of a big family. The staff really care for the children.

"I would like to pay tribute to all the children, staff and parents I have worked with ' without them all working together as a family team it would be so much harder to be the headteacher and it makes it enjoyable as well. I am leaving while I am still enjoying it but as you get older you do know the time to stop."

A tea party was held for many of the people Adrian has worked with at both St Augustine's and elsewhere over the 33 years, including Bishop Alan, organised by his deputy Philippa Holdsworth.

There will also be a final Mass with the children involved on Friday (July 21), Adrian's last day.

Adrian plans to spend more time with his two teenage daughters Hermione and Imogen and his elderly father, as well as getting involved in voluntary work and continuing his hobbies, including Bridge which he plays to county standard, travelling around the country.

The new head at St Augustine's will be Rachel Swindell, currently assistant head of St Albans Catholic Primary in Cambridge, who starts in September.

Pictured above is Adrian with the departing year six class whom he has seen right through from reception as their head teacher.