Key events in the Diocese of East Anglia for 2021 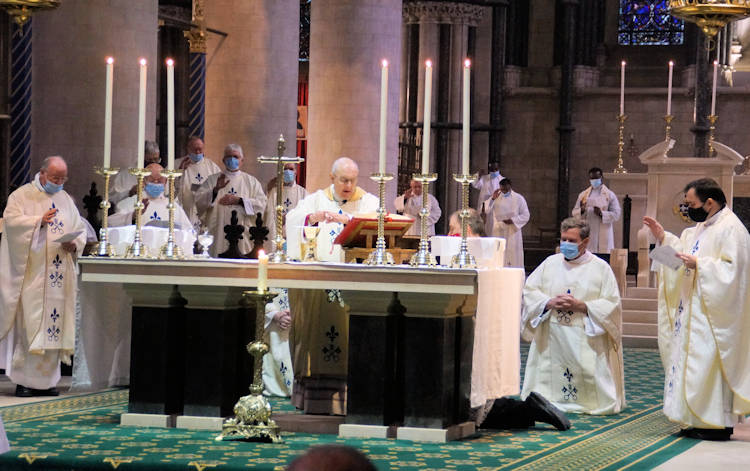 Bishop Alan Hopes today celebrated the Silver Jubilee of his ordination to the Catholic Priesthood with a Mass at St John’s Cathedral in Norwich.

Many diocesan priests and a socially-distanced congregation joined Bishop Alan at the 10am Mass and it was also broadcast live online.

“Bishop Alan said: “There is so much for me to be thankful for and so much for which to ask mercy. I thank the Lord for the great joy and privilege of this wonderful vocation in which the Lord has called me to share in his own priesthood.

“I thank God for all amongst whom I have ministered and all those who have inspired and encouraged me throughout these years and also for my parents. I also offer this Mass that many will hear the call of the Lord to serve him as a priest and especially in our Diocese of East Anglia.”

In 1968 Bishop Alan was ordained for ministry in the Church of England and served as an Anglican priest until 1994 when he was received into the Catholic Church.

He was ordained a Catholic priest on December 4, 1995, by Cardinal Basil Hume in Westminster Cathedral, and for three years served as Assistant Priest at Our Lady of Victories in Kensington, London, before becoming Parish Priest of the Holy Redeemer and St Thomas More Parish, Chelsea.

In 2001, Cardinal Cormac Murphy-O’Connor appointed him Vicar General of the Archdiocese of Westminster and in 2002 became a member of The Bishops’ Conference Committee for Liturgy and Worship.

The following year on January 4, 2003 he was appointed by Pope (now Saint) John Paul II as an Auxiliary Bishop of Westminster with the title of Titular Bishop of Cuncacestre (Chester-le-Street) successor to Saint Cuthbert.

This appointment made him one of the most senior members of Catholic clergy to have converted in the 1990s. On January 24, 2003, he was ordained to the Episcopate in Westminster Cathedral by Cardinal Cormac Murphy-O’Connor.

On June 11, 2013, Pope Francis appointed Bishop Hopes as the fourth Bishop of East Anglia and he was duly installed on July 16, 2013, at St John’s Cathedral in Norwich.

Click here or below to see a picture gallery of the Mass and here to watch a recording on YouTube. 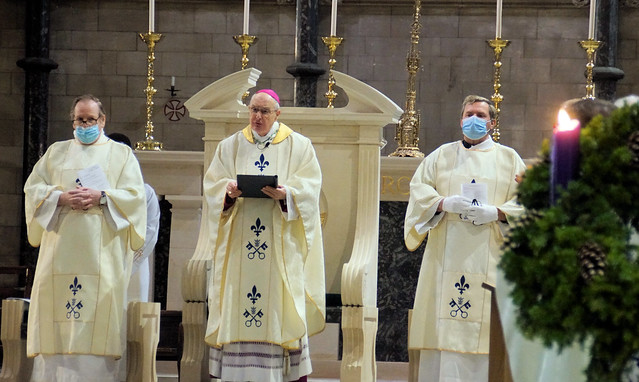 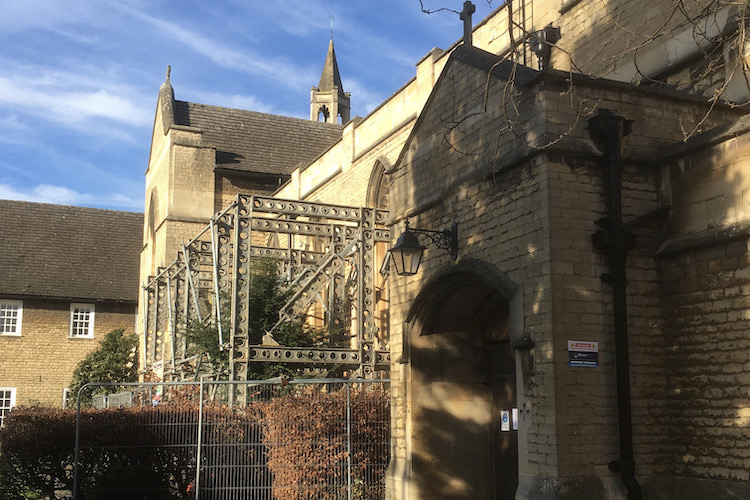 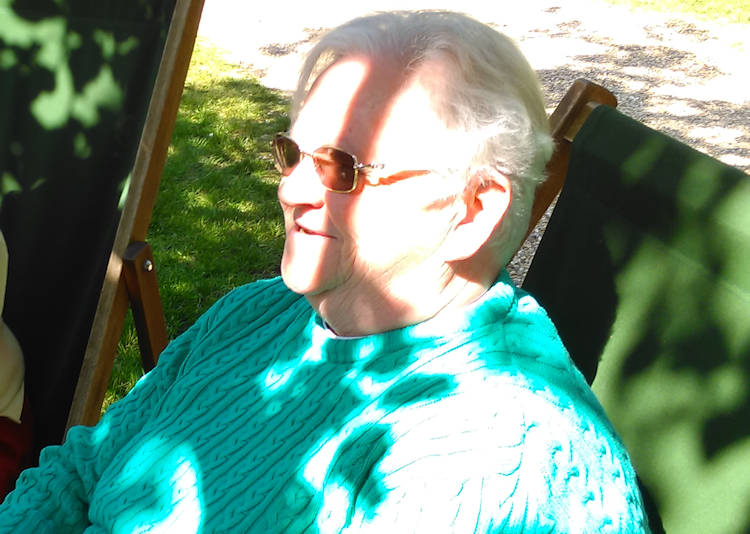