Jacob Cheriyan from Sacred Heart and St Oswald in Peterborough joined the ranks of East Anglia’s deacons when he was ordained at St John’s Cathedral on Wednesday.

Around 125 friends, family members and fellow parishioners came to the ordination Mass to show their support for Jacob. They were joined by a number of priests, including Fr Philip Shryane, who played a key role in encouraging Jacob to train for the diaconate.

Jacob said that he had sensed the call to become a deacon during a Mass at St Peter’s in Gorleston on the Feast of St Stephen. Hearing the story of the saint, he had said to himself: “I wish I could be like that.”

In his homily Bishop Alan referenced St Stephen, pointing out that it was his powerful proclamation of the Gospel which had led to his martyrdom. Stephen, he said was a man who had a “burning love of the Gospel”.

In his response at the end of the service Jacob said: “I want to thank Bishop Alan Hopes for the wise counsel he has always given me. I can only say, as King David did, who am I, and who is my house, that you have brought me to this point?”

Jacob expressed a special word of gratitude for his family: his wife Rosily, and his three sons, Isaac, Abraham and Joseph. He finished with a word of thanks in Malayalam, his native language, and the celebration ended with a round of applause for him.

Jacob currently works as a full-time chaplain at the high-security prison HMP Whitemoor, a role which he will continue now that he has been ordained.

You can see a selection of photos from the ordination here: 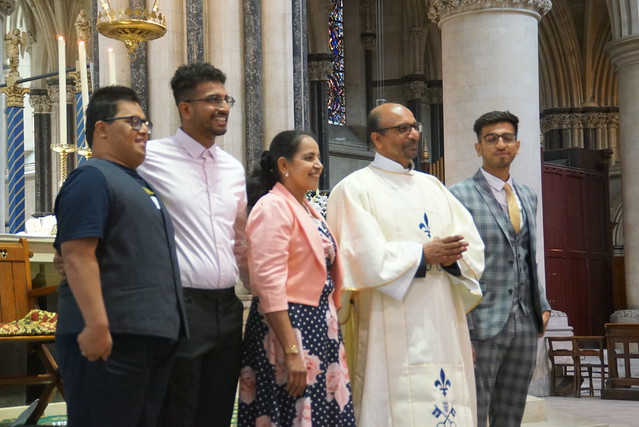