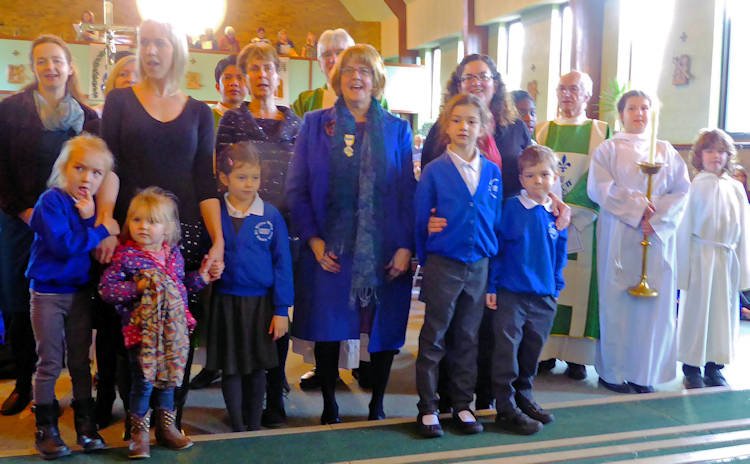 Cambridge teacher Barbara Quail has influenced hundreds of pupils over her 25 years at St Laurence Catholic primary school in the city and her long service has been recognised with the award of a Diocese of East Anglia Medal. Mary Jane O'Sullivan reports.

In January 1991, Barbara started teaching at St Laurence on a two-term temporary contract, having recently moved to the area with her family, after teaching in London. Two of her children were attending St Laurence and Barbara was teaching evening classes. The school unexpectedly had a vacancy for a class teacher and, after talking to Fr Michael Griffin, then parish priest, Barbara applied and got the job. 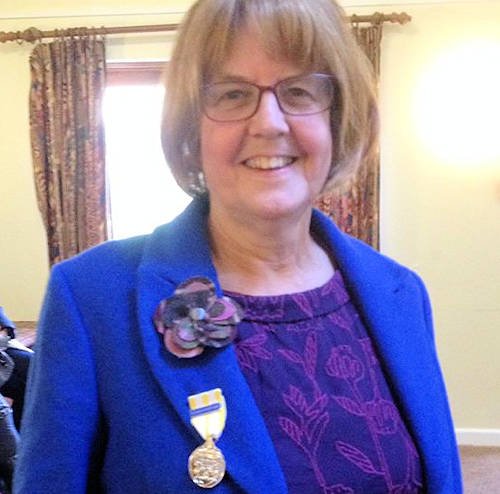 On February 3, the whole school celebrated Mass together in St Laurence's Church in thanksgiving for Barbara's 25 years' service. Walking nearly 270 children school to Church (a distance of over a mile) is no mean feat. Although the school organises frequent trips to the Church for pupils, and often celebrates whole school Masses in school, this was the first time in many years that the whole school has celebrated Mass together in the parish Church. At the Church, the school children were joined by parishioners, parents and governors as well as previous teachers, parents, pupils and governors.

The Mass was also a family celebration, with Barbara being joined by her sister, two daughters and five of her grandchildren (one of whom is now a pupil at the school). Also there were some of her original class from 1991 (all now in their mid-30s), including Barbara's own daughter. Another pupil in the class went on to be a teacher and currently teaches at St Laurence.

During the Mass, parish priest Fr Pat Cleary presented Barbara with the Diocesan Medal in recognition of her contribution to the parish and school. As an active member of the parish, Barbara has been key in strengthening the links between school and parish.

School Chair of Governors, Mary Jane O'Sullivan, paid tribute to Barbara, describing how her openness about her faith has made her an outstanding Catholic role model for all who know her. She highlighted Barbara's love of teaching and of children, her reputation for making learning fun and exciting, and her loyalty and commitment to both parish and school.

Headteacher Clare Clark said: "Barbara has also been the lead First Communion Catechist for many hundreds of children, playing a fundamental role in sharing her knowledge and love of our Catholic faith. On a personal note, she has been an invaluable support to me in the last two years since I took up the role of Headteacher."

The celebrations continued afterwards with two parties; one in the parish room for parishioners and another tea party at the end of the school day for children and parents.

Pictured top are Barbara Quail (centre front) with her family, staff from St Laurence school and clergy from the parish.