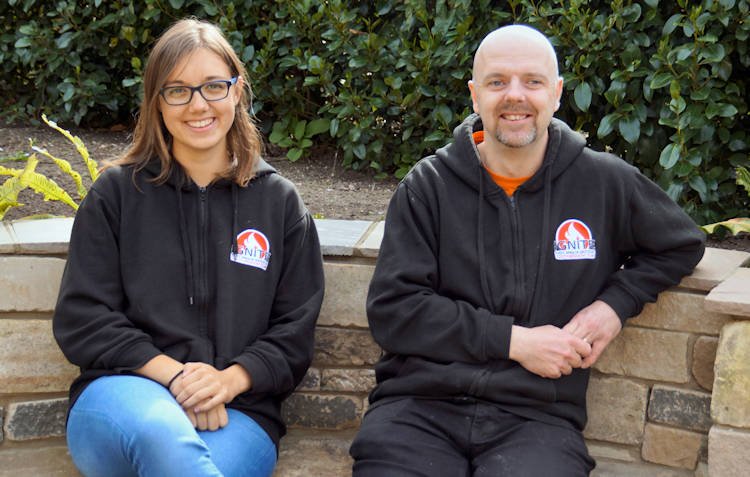 Catherine Williams has been welcomed as the new Ignite Mission Team Leader as the Diocese said goodbye to Matt, Judith, Ben and Clare whose ‘gap’ years with the Ignite Team came to end.

Catherine, aged 19, will be working with Youth Director Hamish MacQueen and young volunteersleadingretreats and other youth events this coming year, and will be setting up anew full-time Ignite team to start next August.

Catherine(also known as Cat), who lives in Walsingham, has recently returned to England after spending a year as a Catholic missionary with NET (National Evangelisation Teams) near Dublin in Ireland.

She is following in the footsteps of her father Derek, who gave up a job as an investment banker to become a Catholic evangelist for a number of years.

Derek is now the administrator for the Guild of Our Lady of Ransom at the National Catholic Shrine in Walsingham, where Catherine's younger brother, Michael, is a photographer.

Born in Peterborough, Catherine was home-schooled with a Catholic-based curriculum. "It got me very interested in my faith and thinking about it," she said. "I really looked up to my father when I was little. I thought it was really cool how he would travel around preaching the Gospel and teaching people about God and his love for them. It got me interested in evangelism and the role it plays in the church. Because I was home schooled I got to travel around with him a bit, so I went to a lot of Catholic events around the country with him which helped stimulate my interest in evangelisation, which has increased as I got older.

"My faith gives me a lot of joy and I think it is a great privilege to be able to share that with other people. When I attended events such as Youth 2000 I saw people living out their Catholic faith. They had such a joy and vibrancy about them and the testimonies of people really inspired me."

After returning to school to do her A levels, Catherine decided to do a gap year with the NET Catholic missionary group in Ireland.

"Our six-person team lived in our own little community just outside Dublin at Dunshaughlin where we worked with the local parish and primary and secondary schools and set up youth groups and ran events such as surfing retreats at Donegal. The young people would enjoy the surfing and also have encounters with God. It was an amazing year."

When Catherine came back to England in May, her family had just moved to Walsingham, She met Hamish at a Mass at the Shrine, started chatting and was told about the Ignite team leader opportunity.

"It was not what I was expecting, but I am finding with God that he often does what we do not expect. I prayed about it and went to the interview and felt that it was something God was calling me to. I feel very honoured to take on the role and help build up God's kingdom in the Diocese."

"I am really excited about this opportunity," said Catherine. "It is something I have wanted to do since I was very little – to have an active role in the church. It is something I get a lot of joy out of. I cannot think of a bigger privilege than sharing Jesus with young people – it is what I love doing. I am really looking forward to what God is going to do this next year.

"Coming events include thenextDiocesan Youth Council meeting in November, so we are looking for more young people to join it and how we can develop it," said Catherine. "There is also the Ignite Festival at the end of April.

Hamish said "The visionof our ministryis to ignite or reignite faith among young people in the Diocese,and we are seeing that happen – these are exciting times"