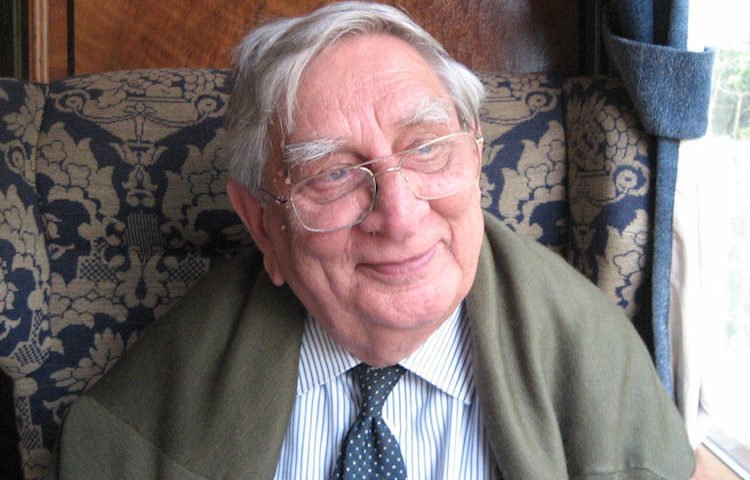 Tributes have been paid to Michael Fitzgerald, from Peterborough, who was a maths teacher an active member of the St Vincent de Paul Society and had a love for Our Lady of Lourdes, where he visited more than 57 times, writes Fr Henry MacCarthy.

Michael, "Mick' to his friends, died at home on September 1, aged 85, after a long illness, which was borne with great courage and spirit, greatly cared for and loved by his wife May, daughters, Mary and Anne and nurses and care workers.

Mick was born in Calcutta in 1931 into a family of two sisters and a brother. The family left India in 1948 when India became Independent and came to England. And eventually moved to Peterborough where he lived for the rest of his long and full life.

His Requiem Mass and funeral took place at St Oswald's Catholic Church, Werrington, Peterborough, on Friday, September 23. There was a large congregation present. A number of priests, who new Mick well, concelebrated at the Mass.

There were four special loves in Mick's life, (or five, if you include his love of horse racing!),

His family, his work as a maths teacher at St John Fisher School in Peterborough, his work as a member of the St Vincent de Paul Society (SVP) and his devotion and love for Our Lady of Lourdes. It has been estimated that Mick went on special pilgrimage to Lourdes at least 57 times! He nearly always organised his own pilgrimages and made sure that other parishioners came with him.

Mick was a loyal member of the SVP and since he arrived in Peterborough in the late "50s, was continuously involved in the work of the Society. He had a great desire to reach out to help the lonely, the poor, the sick and the troubled in the parish and found that through the local SVP Conference he could do this with the help of the other Brothers and Sisters of the Conference.

Mick was keen to see that the work of the SVP was continued and strengthened, not only in the Parish, but nationally and Inter-nationally, as well. To this end he was also prepared to act as President of his Parish Conference, the local SVP District Council and, on one occasion, as Central Council President, which meant he also had to sit on the National Council of the SVP in England & Wales at their meetings.

Mick, with his love for Lourdes, wished that there should be Pilgrimages of the Sick to Walsingham, too. With the great help and support of other members of the SVP and some Parish Priests, this aim was finally achieved when the first National SVP Pilgrimage to Walsingham took place in the 1970s.

The Directors of the Shrine gave great help and advice as to how the Pilgrimage could be organised. It was a small affair at first with the Brothers and Sisters of the SVP bringing the sick, the poor, the elderly and the troubled to Walsingham each year, providing the transport, food, etc, all free of charge.

Later this grew into an annual Pilgrimage to Walsingham, which is attended by hundreds of SVP members and the sick and the elderly each year. These Pilgrimages, which usually take place on first Sunday of July each year, were, and still are, spiritual occasions which involve the Mass, Confession, the Anointing of the Sick, and Benediction afterwards.

Mick would always greet you with a warm, welcoming smile. He was never happier than when he was helping people in some way, whether in his family or with others. A good kind man. He will be greatly missed. May he Rest in Peace.