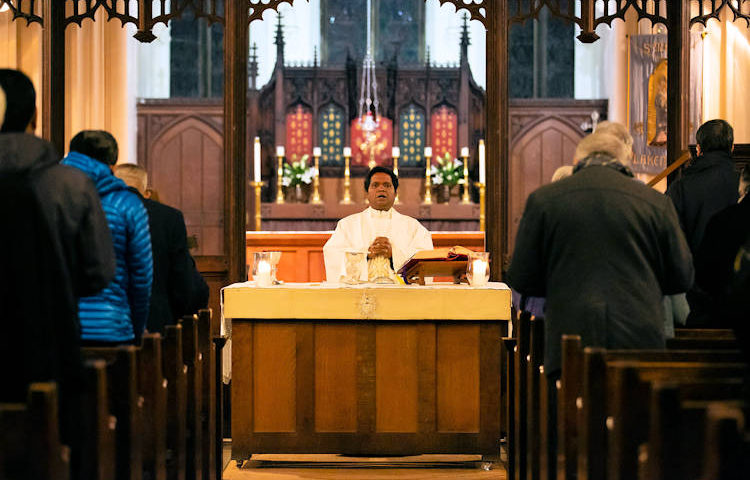 The Feast of Christ the King was celebrated at St Mark’s, Lakenham, for the last time on Sunday November 25 after 16 years. Michael Hill reports.

Before the final blessing, Fr Arockiya Seelan spoke to the congregation of around 100, thanking the myriad of volunteers for the dedication of their time, prayer and efforts over the years.

He remembered the priests who had celebrated Mass at St Mark’s and thanked Rev Erik West-Lindell for welcoming the Catholic community into his Church following the closure of Christ the King, on Hall Road, Norwich, in 2001.

Canon Harold Squirrel established Christ the King Church in 1934. Built by Boulton & Paul, it served the community until late 2001 when, due to the significant cost necessary to undertake routine and major repairs, it was decided to close. The proceeds from the sale helped to fund the Narthex at the Cathedral.

On Epiphany, January 6, 2002, the first Mass was said in St Mark’s. Rev Erik West-Lindell noted that in the following years the Catholics joined with his community in the many celebrations and events held.

From the first Sunday of Advent the Sunday evening mass will be held at 5.30pm at St John the Baptist Cathedral.

The Diocesan Archivists would be interested in receiving the stories, pictures and histories of the congregation, both about their time at St Mark’s and at Christ the King. Please leave them with Eve at the Cathedral Office or email archive@rcdea.org.uk.

Pictured top and below is the final Mass at St Mark’s. Pictures by Nina Flynn. www.ninaflynnphotography.com 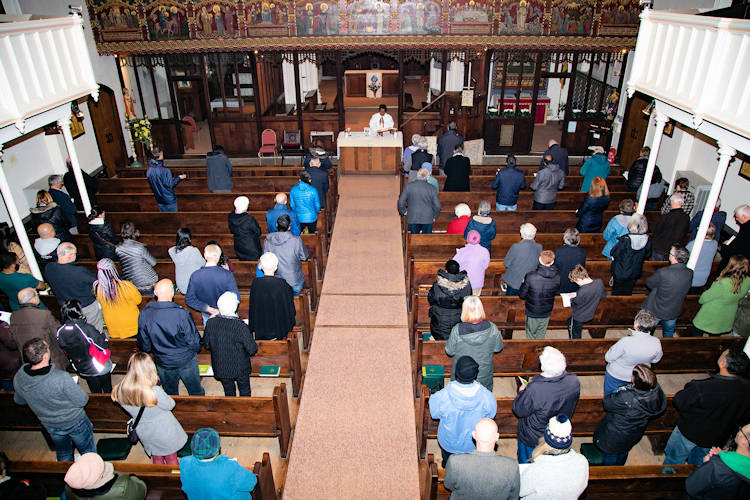