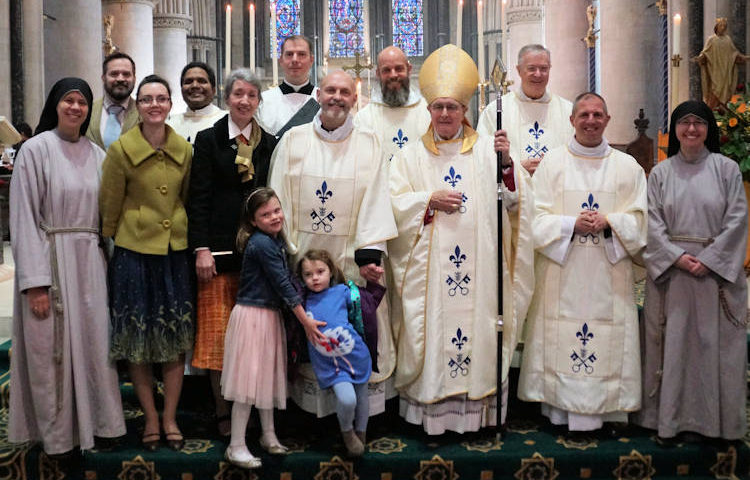 Australian former Pentecostal, Samuel Randall, was ordained to the Catholic Diaconate by Bishop Alan Hopes at the Cathedral of St John the Baptist in Norwich on Sunday November 25. Here Samuel tells his journey of faith.

I was born in Katoomba, New South Wales but, as my parents moved often, I had lived in more than six different homes in Australia and in England before my sixteenth birthday.  This experience of dislocation was significant for my later religious journey.

I chose RE as one of my GCSE subjects because I considered this an easy option however, I was required to read the Gospels and I was captivated.  After school I joined a Pentecostal church and was baptised.  Bible College followed and it was there that I met my future Swiss wife Mirjam.  Mirjam was attending the English Language School attached to the College and had a Salvation-Army and Swiss-Reformed background.

We spent periods in both Switzerland and Australia.  We then went to Cambridge for further studies and I went forward for Anglican ordination, attending Ridley Hall for three years.  I served a curacy in Hull, completed post-graduate studies in Leeds and we had three children.  I then joined the Army as a Chaplain, which included a period of active service during the First Gulf War. 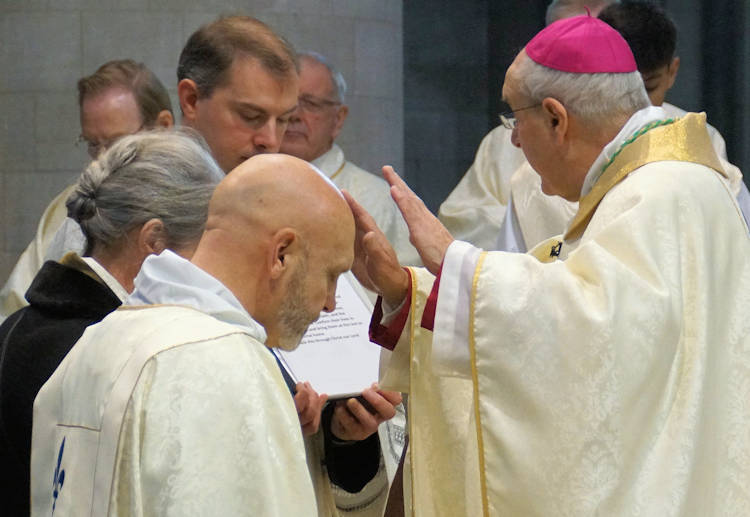 My next post was to Leeds as a Team-Vicar, and as the director of a youth development charity.  Our next move was to the West Indies as missionaries.  I was then appointed as the diocesan ecumenical officer for Durham and the parish priest of an ex-mining community.  After a five-year contract I was appointed to be the Bishop’s Officer for Church in the World for Bradford responsible for interfaith issues and community relations.

It was in Bradford that I encountered the Franciscans of the Renewal.  After ten years in Bradford, we had an increasing sense that we should leave my secure position and for me to undertake research at the University of Cambridge.  I was accepted for a PhD: ‘vicarious suffering in the Church, in Dietrich Bonhoeffer, with particular reference to Edith Stein.’  Something of a synthesis between spirituality and ecumenical theology in which I was seeking to identify the irreducible nature of the servant-church.

We then ‘discovered’ Lighthouse Catholic Media and the Augustine Institute. Together we listened to or read about the conversion testimonies of former Protestant theologians and clergy such as Scott and Kimberley Hahn.  Mirjam and I went to see Bishop Alan Hopes and through his contacts we met regularly with Fr Aidan Nichols exploring together the Catechism.

After three years of remarkable provision during the PhD, and having completed most of my research, Mirjam and I were received together into the Catholic Church by Bishop Alan at the Feast of Pentecost 2016.  Wonderfully, at the service we were supported by all our children and their families and our sponsors included two of the eight Franciscans of the Renewal who attended the service with us.

Much of what has nourished us and supported our shared ministry: Merton, Dorothy Day, Carmelite Spirituality, Benedictine communities, Catholic Social Justice teaching, the Focolare, Chesterton, MacIntyre, the Franciscans of the Renewal, etc, were fundamentally and essentially Catholic.  However, ultimately our ‘conversion’ represented a profoundly Eucharistic orientation.  And the journey continues.

Pictured above is Deacon Samuel Randall, with wife Mirjam, Bishop Alan, family and friends after and during his ordination at St John’s.