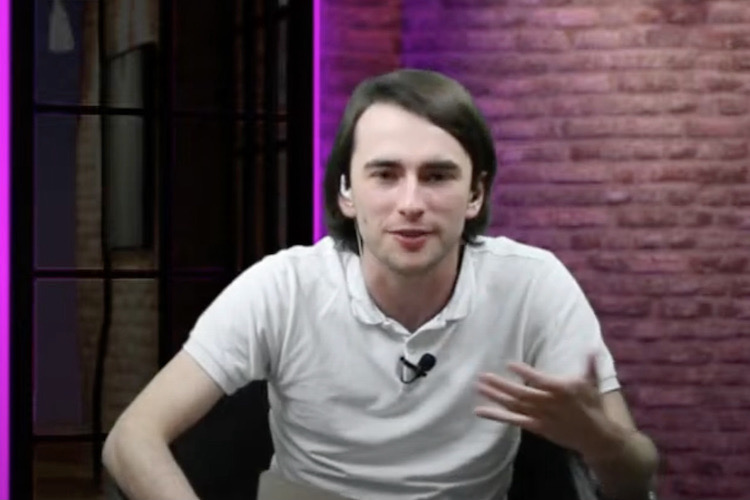 Ciaran Losasso, leader of the Ignite youth mission, spoke recently on Radio Maria’s Songs in the Wilderness about his favourite music and his journey of faith.

Speaking with presenter Diane Redmond, Ciaran said that his journey had been one of “falling ever deeper in love with the Lord and His Church”.

Ciaran grew up in Norwich, and the development of his faith was a gradual process. It was when he got to 12 or 13 that it became really his own.

“I found,” he said, “particularly through Mass, a real beauty in the Catholic faith. It made sense. There was a joy and an excitement about it.”

It was around this time that he discovered Eucharistic adoration, and also that he began going to Mass during the week from time to time with members of his family. He was struck by the realisation that he was saying the same words that people had been saying for centuries.

When he was in his third year at university Ciaran joined the Ignite Lite team. He had already been to World Youth Day, and he felt he wanted to be part of bringing faith to other young people.

When he later joined the Ignite team itself, it had three full-time members. They were doing outreach in parishes and schools, and by his second year they were living in community.

With the lockdown this year, Ciaran has worked with Diocesan Director of Youth Services Hamish MacQueen to raise their online game. Once a month they are hosting an online chat show from a newly constructed studio in Norwich. The more popular shows get around 200 views.

They are also organising an Ignite Mass online. “So many people stopped going to Mass during the first lockdown,” commented Ciaran, “and anecdotally we hear that lots of young people have lost touch with the Church.” Online Mass is a way of reconnecting, and volunteer musicians liven up the Ignite Masses.

Three years ago, Ciaran took an opportunity to do a mission trip to Jamaica, staying with the Missionaries of the Poor. The group volunteered in an area of downtown Kingston, serving especially disabled people, and discovering poverty on a whole new level.

The trip deepened Ciaran’s social awareness, at the same time as his own spiritual life continued to grow.

“If everyone in England had a personal relationship with Christ, wouldn’t that be amazing,” he says.

You can listen to the full interview here.

Ignite is looking for new team members for September 2021 – July 2022. More information can be found on www.rcdea.org.uk/youth/igniteteam.

A link to the Ignite YouTube channel is here: www.youtube.com/igniteyea.

Pictured above is Ciaran Losasso