Couples share the keys to a long and happy marriage

Couples for Christ launches a group in Peterborough

Couples share the keys to a long and happy marriage 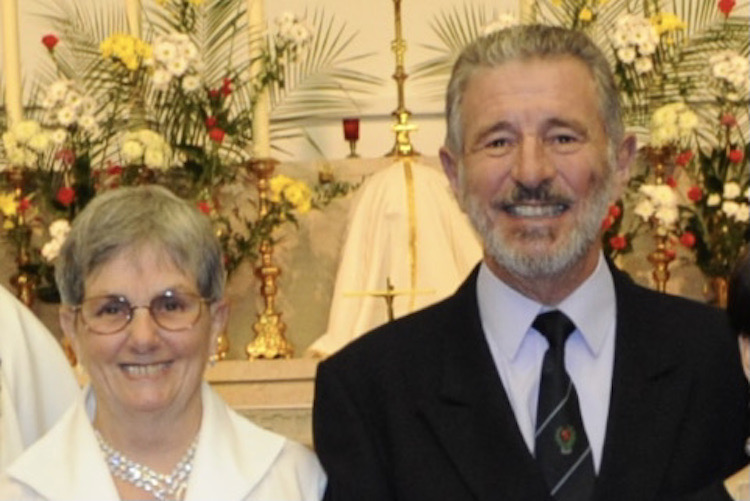 Couples celebrating anniversaries after being married for many years recently took part in a Mass organised by the Diocesan Marriage and Family Life Commission.

Bishop Alan was the celebrant for this Mass. “It is a great joy to be with you today,” he said, “to offer the Sacrifice of Thanksgiving for the many graces you have been given by God.

“Saint Paul invites us to offer our bodies as a living sacrifice,” he continued. “This sacrifice continues to be lived out in so many different ways: by ensuring that your married life is always open to life, by patience and disinterested love, by the constant sacrifices you make in raising your children, by loving and guiding your grandchildren and great grandchildren, often to the detriment of your own convenience.”

Around half of the attendants joined the event on livestream, which was celebrating two years of anniversaries as last year’s Mass was cancelled. The names of the couples were called out and everyone clapped them.

One of the couples involved, Barbara and Terry O’Brien, had got married on December 28, 1960, and celebrated their sixtieth anniversary last year.

They had met in the summer of 1957, in Barbara’s hometown of Weymouth, Dorset. Terry was 17 and under initial training in the Naval Base at Portland. Barbara was just 16. Life in the Royal Navy being what it was, they spent most of their early years apart; Terry was one year in the Mediterranean and then 10 months in the USA.  But when they were together, they got along well and decided to get married in 1960, aged just 19 and 20.

Terry said that the most difficult time was his posting on “Foreign Sea Service” for 18 months in the Far East. He left the UK in 1961, just months after their first child, Paul, was born; he was nearly two years old when Terry saw him next, in 1963.

They made up for it when he managed to volunteer for a “Married Accompanied” posting for the three of them, to spend the next two years in the shore base in Singapore. Barbara was expecting their second child when she flew out to join him, and when they returned to the UK in 1965, she was carrying their fourth.

Terry shared some of the keys to their successful relationship. “Starting young, definitely. We were too young to think we couldn’t succeed. And Barbara needed to be fit to raise the four children who arrived within five years. She did it virtually single-handed, too, as I was in the Navy for a further 10 years. A shared sense of humour is essential. It really helps if you can both see the funny side of the ridiculous situations you can get into over 60 years of married life.”

Another couple at the celebration were Frederick and Muriel Confue. “We have been married 60 years,” said Muriel, “and we have three children, 12 grandchildren and six great grandchildren. It’s a wonderful life and we both feel the key to success in a good marriage is, without doubt, give and take.”