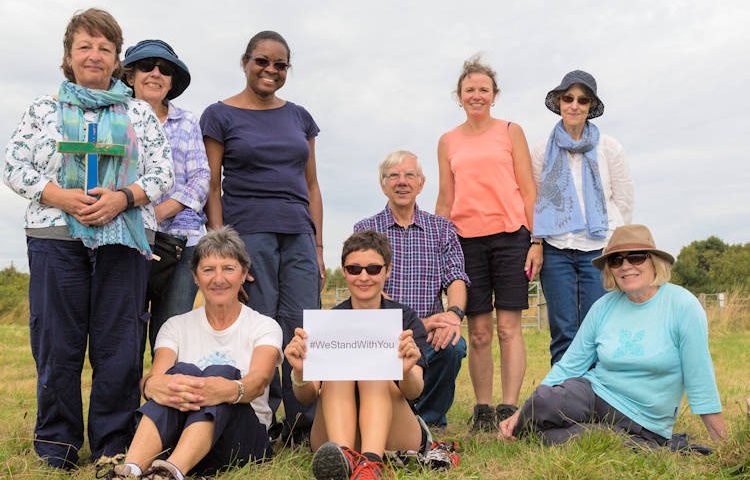 Parishioners in Diss celebrated the season of creation ' which ran from the World Day of Prayer for Creation on September 1 to the Feast of St Francis on October 4 ' with their first Livesimply week.

Responding to Pope Francis’s special request "to take good care of creation ' a gift freely given ' cultivating and protecting it for future generations" during this season, they took part in a range of events and activities that showed their care for our common home, and, at the same time, took them closer to becoming a Livesimply parish.

The Livesimply award is given to Catholic parishes, schools and communities that have taken significant steps to respond to the Church’s call to live simply so that others may simply live. It is awarded to communities who can show how they have been living simply, in solidarity with people in poverty, and sustainably with creation.

"Earlier last year we held an open meeting to look at becoming a Livesimply parish ' and there was a lot of interest," said Judith Tooth, a member of the parish Justice and Peace group, which is co-ordinating the parish’s application process. "We then explored what we were already doing and what else we could do to work towards the award. We wanted, and needed, to involve as many people in our parish community as possible, and came up with a Livesimply week." 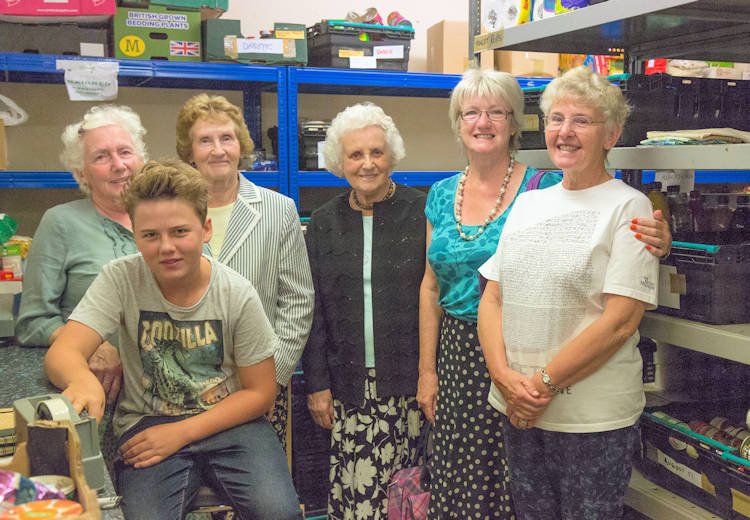 The week began with a refugee solidarity pilgrimage from the Carmel at Quidenham to Diss, a 10-mile walk across the countryside, stopping for prayer and reflections along the way using CAFOD resources, and ending with Stations of the Cross. It was, said pilgrim Jan Williams, a wonderful day in a very thought-provoking way.

Next day, a session entitled Tread Lightly on the Earth invited parishioners to share what they were doing in their daily lives to reduce their carbon footprint, and what their next steps might be. Their pledges for action, written on green hearts, included flushing the loo less, using a renewable energy provider, eating less meat and writing to their MPs to call for action on climate change.

The Medaille Trust’s diocesan representative, Gillian Spatcher, and manager of its new safe house in the diocese, Karen Thomas, came next day to talk about their work providing safe housing and opportunities for physical and psychological healing, rehabilitation and protection to victims of human trafficking.

A day-long prayer vigil for creation care followed, with readings and resources available to guide each hour of prayer and reflection, and a final hour with Exposition of the Blessed Sacrament, led by parish priest, Fr David Bagstaff.

The parish youth group spent their monthly meeting clearing an area of the church grounds ready to sow wildflower seeds to benefit wildlife. "We all got very stuck in and only stopped when it got so dark we could no longer see what we were pulling up," said Tina Pothecary, who helps run the group.

A visit to some local beehives with parishioner and beekeeper Mike Grant was another popular event during the week, encouraging people to learn about the importance of looking after bees and to get involved in the parish’s community bee project. Through the project ' which forms part of the Livesimply application ' a group of parishioners completed a beekeeping course earlier this year, and next year hope to start producing honey.

A visit to the local foodbank was the final event of the week. Parishioners learned what happens to their donations of food once they leave the church and met the volunteers who sort and distribute them to those in need. Boxes are packed for single people, couples and families following lists supplied by the Trussell Trust, and great care is taken to ensure that nothing is wasted.

"It was a really successful week, engaging and inspiring many parishioners," said Judith. "The next task is to put together our Livesimply application, ensuring we can sustain our commitment to live simply, in solidarity with people in poverty and sustainably with creation."

Picturedtop, Diss parishioners carried a Lampedusa cross on their refugee solidarity pilgrimage from Quidenham to Diss as part of their Livesimply week, and, above,parishioners visited their local food bank to find out what happens to the donations of food they bring to church.