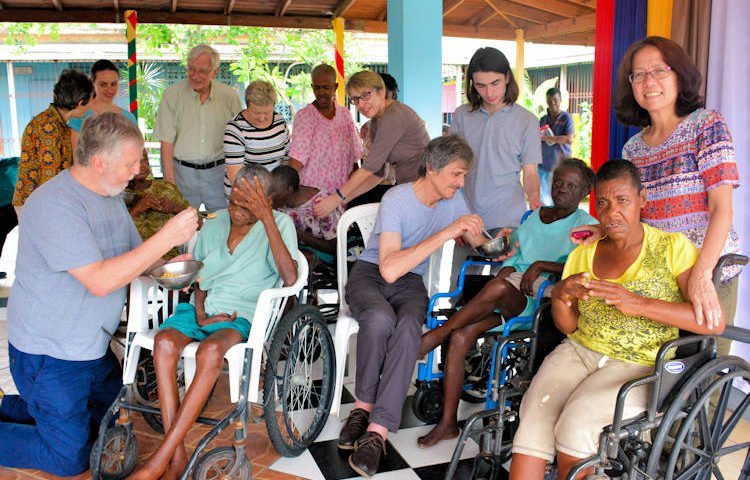 Latest news from across the Diocese of East Anglia includes a chance to go on a mission to Jamaica and details of the oldest Catholic church in East Anglia.

A group of seven parishioners from the Diocese of East Anglia will be travelling with Fr Michael Johnstone to Kingston in Jamaica in January to work with the Missionaries of the Poor, who care for about 600 impoverished people, from new-born babes to the very elderly.  The volunteers leave on January 15 for a stay of either two or three weeks.  There is still time for others to join them.  Ring Fr Michael on 01603 664118 for further details.

Pictured above are a previous group from East Anglia in Jamaica.

Read our previous story about this year’s visit to Jamaica. 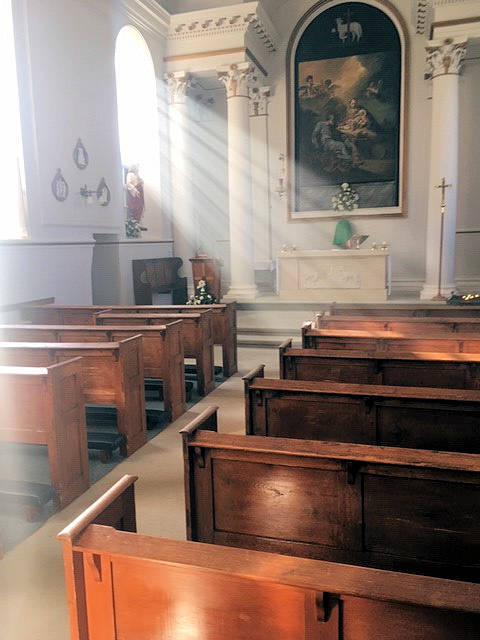 A photograph of sunshine and incense after the Solemn Sung Mass on the first Sunday of GMT (30th Sunday in Ordinary Time). St Mary’s, Thetford. which is the oldest free standing Catholic Church in East Anglia. Opened in 1820 – before Catholic Emancipation, the older Chapel is the Sunken Chapel at St Edmunds, Bury St Edmunds (1685 & 1791).  Both churches were founded and served by the Society of Jesus (Jesuits) from 1685 until 1837.