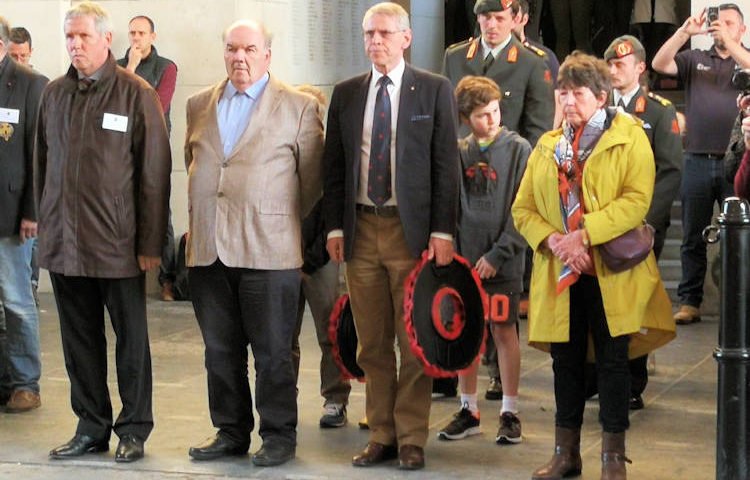 A small group of pilgrims from the Diocese of East Anglia have just returned from a pilgrimage to Flanders commemorating the end of the First World War. Fr Paul Maddison reports.

Led by Mgr Tony Rogers the group were based in Ypres in Belgium and visited the Everyman club in Popperinge known as Toc H where they held Mass. They then visited the parade ground to remember the many soldiers who were shot for desertion, before stopping to visit and pray at the Brandhoek cemetery.

The following day the group visited Vimy Ridge and were shown round by some young Canadian volunteers. Visiting the underground trenches, the memorial and no-mans-land it was a thought provoking and memorable day; which concluded with Mass celebrated at St Jacob's church in Ypres.

The next day saw a visit to the Cloth Hall Museum in Ypres and then St George's Church which was rebuilt as the memorial church for all the British soldiers. After lunch a short bus ride took the group to Tyne Cot where another tour and presentation was laid on before stopping to visit and pray at the German cemetery at Langemark.

After an early dinner the group took part in the Last Post ceremony at the Menin Gate where a wreath was laid on behalf of the Diocese.

The pilgrimage was both moving and memorable and was organised by Pilgrimage People which is happy to arrange similar pilgrimages if requested.

Pictured laying a wreath at the Menin Gate on May 4 are Mgr Tony Rogers, Captain Paul Bishop RN (retired) and Teresa Maybury. Picture by Kathy Bishop.