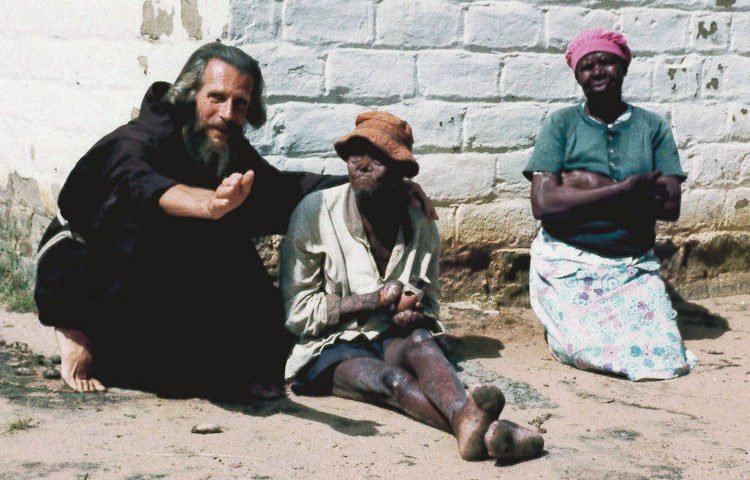 The Vatican has approved the Sainthood Cause of John Bradburne, a Franciscan missionary and former Norfolk schoolboy, who cared for a colony of lepers in Zimbabwe before being murdered by guerrillas.

The John Bradburne Memorial Society has confirmed that the Congregation for the Causes of Saints in Rome issued a formal “nihil obstat” on July 1, allowing the cause of beatification, the first step to sainthood, to begin.

The ex-Gresham’s pupil, and son of a North Norfolk vicar, found his true mission in life, after a long search, loving and caring for a colony of lepers in civil war-torn Rhodesia (now Zimbabwe) – a role which led him to be murdered by guerrillas.

Known as The Vagabond of God, John was the son of Cawston Anglican vicar, Thomas Bradburne, and as a youth spent time there and also at Gresham’s School near Holt. 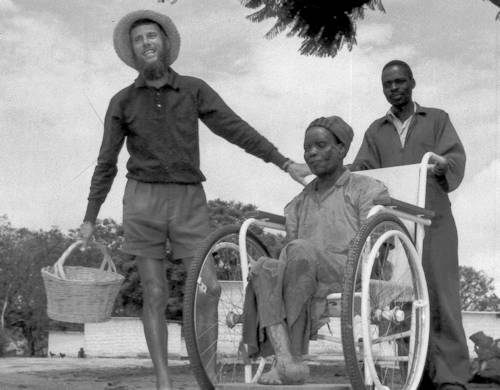 In April, Archbishop Ndlovu, primate of Zimbabwe, had convened a meeting of Zimbabwean Bishops at which there was unanimous approval to support the cause. A postulator, Dr Enrico Solinas, a lay judge at the Umbrian Interdiocesan Ecclesiastical Court of Perugia, was appointed in 2018, and is now taking the cause forward.

John Bradburne, born in Skirwith, Cumbria, in 1921, a third-order Franciscan, was killed in Rhodesia in 1979 for refusing to abandon the lepers he had looked after for many years. Since his death, Mutemwa, the leprosy settlement where he worked, has become a major pilgrimage centre. Each year, on the anniversary of his death, September 5, thousands gather to hear Mass and process up the mountain where he walked and prayed.

On September 5 this year, the fortieth anniversary of John’s assassination, there will be a special ceremony at Mutemwa, where the cause will be officially launched. Thousands of people are expected to be there, including many from outside Zimbabwe.

Two weeks later, On September 21, the celebrations will continue in London, with a Mass at Westminster Cathedral, followed by an exhibition in the hall about John’s life, along with a talks and Zimbabwean music.

John’s Franciscan habit will be one of the things on display, as will his beloved typewriter, and some of his manuscripts. This will be the first time John’s relics have been displayed publicly.

The John Bradburne Memorial Society was established in 1995 by Celia Brigstocke, John’s niece and John Reid, to do two things: to continue his legacy by providing perpetual financial support for Mutemwa, desperately in need of help, and to promote his cause for beatification, given the widespread belief in his sanctity expressed by all who met him. The administrator of the Society is Celia’s daughter, Kate Macpherson, who can be contacted for further information by email at info@johnbradburne.com or by post to P O Box 32, Leominster, Herefordshire HR6 0YB.

Pictured is John Bradburne at the Mutemwa leper colony with Peter, top, and Mai Jeromia, above.