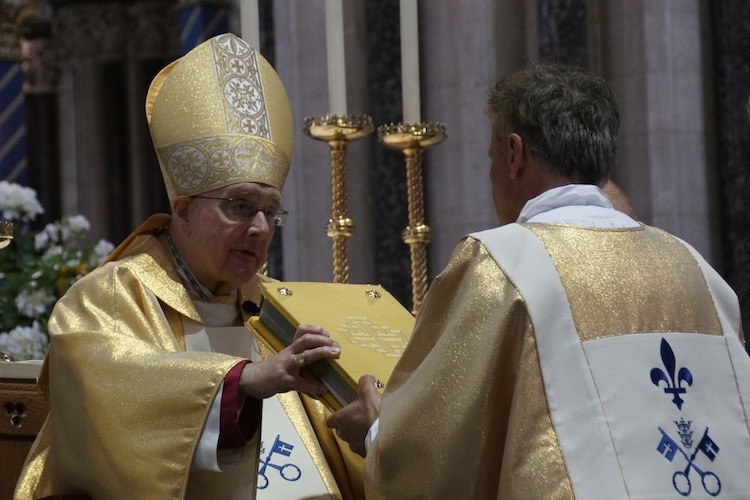 Bishop Alan Hopes ordained Guinluca Savini in St John’s Cathedral in Norwich as the latest member of the permanent diaconate in the diocese.

Gianluca Savini will be serving at Our Lady and the English Martyrs, Cambridge. He is married to Erminia and they have four children.

He was born in Italy, near Ravenna, and raised by his grandmother Angiulina, while his parents were working. The grandma’s house was beside the church of St Joseph in Fiumazzo and very often the local priest, Don Pio, would come to chat and relax.

His grandmother Angiulina was a woman of great faith. He was raised as Catholic, and she had always found peace and joy being in the church.

He spent about 22 years studying physics and was a researcher at Sussex University (as lecturer), Osaka University (JSPS fellow) and Cambridge University.

One day, while working at the university, his heartbeat rose to 120 beats/minute and this continued for about three months. Suddenly he realised that his work was not fulfilling anymore, and he took the difficult decision to leave academia.

He started his own business, buying and selling online, to have more time to think. Running a business was easier than being a scientist, but at the same time he had more responsibilities and soon new problems arose.

This was the time he first questioned God and understood that following Jesus was the key to understanding the universe, our Creator, and to being happy.

He asked God what he should do to follow Jesus, and the answer was simple: “Stay closer to the priest at the altar as much as you can”. This was his call for the diaconate, in early 2013.

He started to serve at Mass as altar server while pondering and discerning this vocation. Other big problems arose, and he questioned God again and again, and every time his faith became stronger and stronger.

In the 2017 he spoke with Fr Patrick Cleary, the diocesan Director of Vocations, about his call for the diaconate and at the end of that year he submitted his application to be considered for the permanent diaconate.

His thought about his vocation is to always live your life in full, and aim for the top, we are children of God, the Most High, and thus nothing is impossible for us.

Pictured above is Bishop Alan handing Gianluca Savini a copy of the Gospels, and below is Gianluca with his grandmother. You can view a Flickr gallery of the ordination by clicking on the link or the picture below. 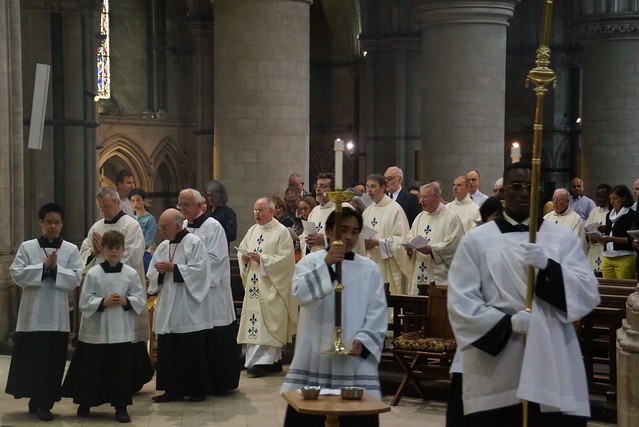