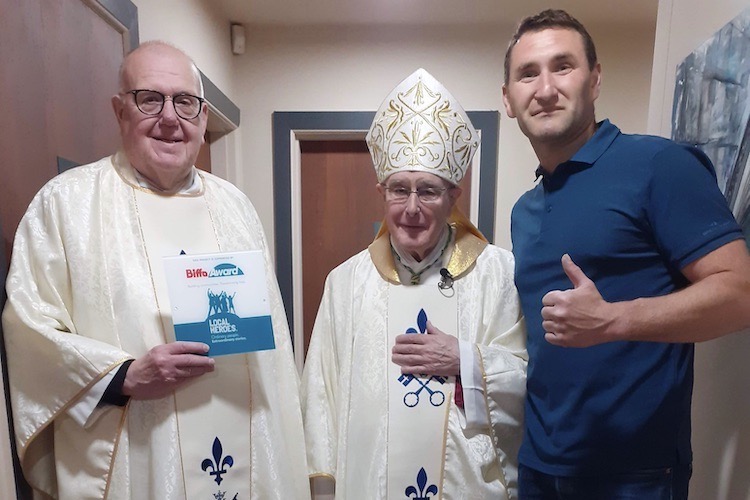 Completion of a £50k project to refurbish toilets will make the Narthex a more welcoming and sustainable venue for parishioners and visitors alike.

Last year the Narthex gained £40,660 funding from BIFFA Award to renew the toilet facilities and the project is now complete. The toilet facilities have been in desperate need of renewal for some time. Low water pressure, a lack of ventilation, damage and the age of the toilets all contributed to the fact that many visitors avoided using them.

The work was expected to have been completed by 2020, but due to the Covid-19 pandemic, and closure of the building, 90 per cent of its income was lost and the Cathedral was no longer able to fund the work itself.

“The Narthex is a large and flexible community space which includes a community cafe, a large function room and smaller rooms available for community activities,” explains Project Architect Suzi Pendlebury. “Outside there are community gardens accessible to the public seven days a week. It is an important hub for various community groups, including a dementia cafe, parent and toddler group, networking sessions, Zumba and dance classes as well as the building being used for community events and private functions.”

The men’s, women’s and the two accessible WCs have all been refurbished as part of the project. The project has improved the ventilation of the space finally dealing with the issue of lingering unpleasant smells and ensuring quality air flow throughout the spaces, the importance of which was highlighted by the pandemic. The taps are now operated on a sensor which prevents overflowing and in contributes to water conservation.

During the project an opportunity arose to bid for more funding through the BIFFA Award Platinum Jubilee Fund. The original project was designed on a tight budget which would have involved reusing the existing toilet cubicles and having to leave out some elements that would have improved the project further. However, the project received an additional £8,295 through the Platinum Jubilee Fund which meant that new cubicles could be provided alongside a lower-level vanity unit in both the men’s and women’s toilets and improved baby change facilities in the accessible WCs. These additional elements help to ensure that the new facilities are suitable for the wide range of users of the Narthex.

“Our Narthex is a thriving community centre in Norwich,” said Suzi Pendlebury. “We are so grateful to BIFFA Award for the funding to bring the WCs back up to a vibrant a working standard. With an additional baby change unit to help the many families who come to visit us and new WC flushing and tap mechanisms to eliminate inadvertent waste of water, the refurbishment will help us be even more sustainable.”

Pictured above is the contractor, Michal from Norfolk Heating Ltd, with Bishop Alan and Canon Paul at the completion of the project.