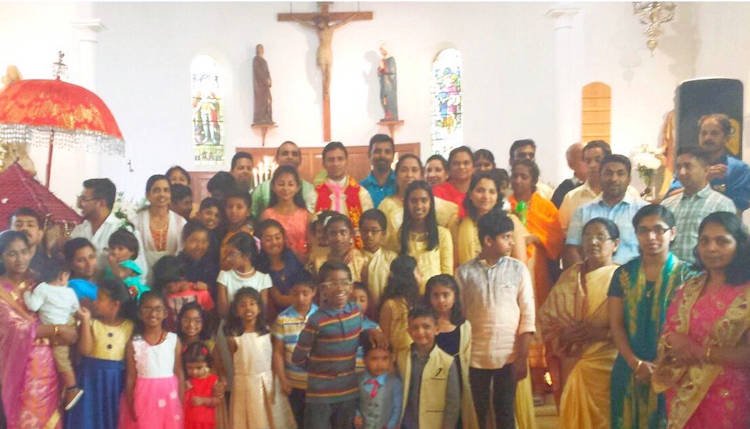 The Syro-Malabar community in Huntingdon celebrated the feast of St Alphonsa, the first woman of Indian origin to be canonised by the Catholic Church, on Saturday June 23.

St Michael the Archangel church was decorated with flags and St Alphonsa’s statue was in a place of honour. Fr Philip Shryane came from Cambridge to celebrate the Mass for the community and it was followed by a lovely community meal.

The feast was celebrated with much joy to remember a saint from the Syro-Malabar community and from Kerala which is home to many of the community.

St Alphonsa was a 20th century Indian religious sister and educator, she was partially disabled by an accident which burnt both of her feet and she suffered a series of serious health problems which led to her death, aged 36, in July 1946.

Claims of her miraculous intervention began almost immediately upon her death and often involved the children of the convent school where she used to teach.

She was beatified in February 1986 by Pope John Paul II during his Apostolic Pilgrimage to India.