Youth Mass launches the year with fire and light 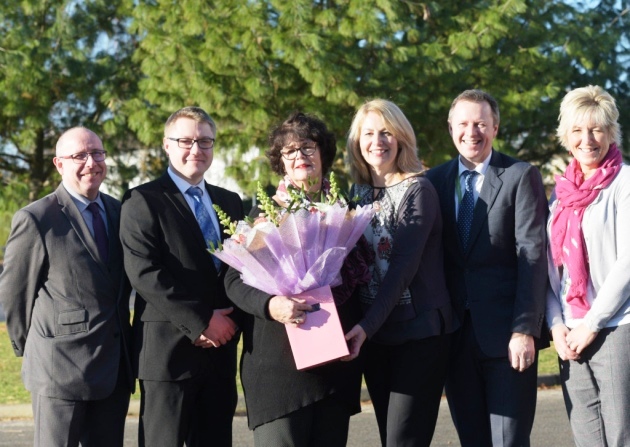 St Albans Catholic High School in Ipswich made a huge fuss of its receptionist, Pat Swann, as she celebrated her 70th birthday.

“It is just a lovely school with a lovely feel,”  said Mrs Swann as pupils broke into a chorus of ‘happy birthday’.

“It’s a really caring school and we do our very best for the kids every day. Everyone will do anything to help each other.

“Why wouldn’t you want to stay? It’s more like fun every day.

“The kids can tell you anything and they do. They’re all great. I treat them like my own.”

Mrs Swann believes she has earned the respect of the youngsters “just by giving them the same respect as I would an adult and not talking down to them”.

Each of her eight children attended St Albans Catholic High, as well as many of her 20 grandchildren.

And in September, one of her five great-grandchildren will start attending the school.

Of the students, she said: “They have all said ‘happy birthday’ to me and we had a special Mass at the chapel, which was full.

“I got a card from every form at school and they’ve all signed it.

“The Catholic ethos is still really important in schools – it’s just about caring for each other and doing what you can for humanity.”

Staff at St Albans Catholic High have taken Mrs Swann out for a birthday meal, as well as presenting her with flowers and a cake at school.