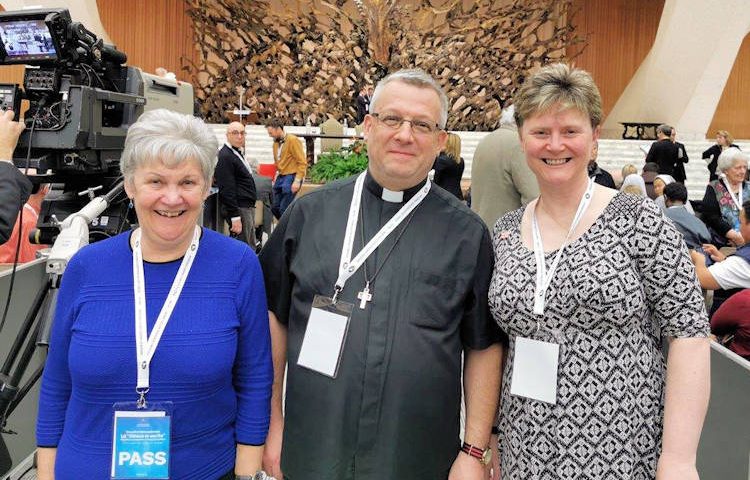 Fr Karol Porczak reports from the International Meeting organized by the Holy See Council for the New Evangelisation, which took place in Rome from November 28-30.

New Evangelisation is taking its shape again from the HQ of it in the Vatican. There were representatives from over 70 countries and nationalities present and the main topic was the Evangelii Gaudium: Apostolic Exhortation by Pope Francis on the Proclamation of the Gospel in Today’s World (November 24, 2013). That document is considered as a programme instruction of Pope Bergoglio’s pontificate.

The days were organized in similar pattern: first the example of somebody who represented a particular action of the evangelisation and witnessed the practical steps undertaken in their zeal of the spreading the Good News of salvation. Then, after a lunch break, there were various talks delivered by some members of the Vatican hierarchy, such as bishops and cardinals. The final talks were given by a founder of representatives of particular movements such as Matthew Kelly of Dynamic Catholics.

Each speaker gave the audience a reflection on different paragraphs of the aforementioned document. And the sessions were presided over by Archbishop Rino Fisicella, who is the prefect of the Pontifical Council for the Promotion of the New Evangelisation. This is a general view of that meeting.

The Diocese of East Anglia was represented by Rebecca Bretherton, Elizabeth Barker and myself. 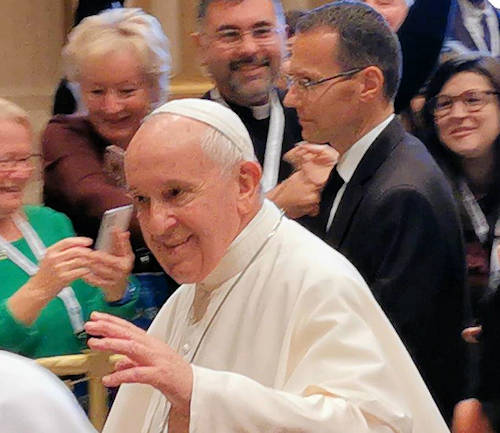 The most interesting thing for me as a priest came from the address delivered by Rev Timothy Radcliffe OP who was underlining the courage to take the risk in evangelism. He mentioned the missionaries of the 16th century who, after being appointed to go to India or China, were considering already the dangers even before setting themselves on the trip to the nearest harbour in order to board the ship. They might not even get to the ship because they were killed by the brigands in the forest but still maintained the title: Missionaries of the Foreign Mission.

As a catechist, Elizabeth was impressed by Matthew Kelly who stressed that there must be evangelisation before catechesis.

The summing up of the conference was given by Pope Francis in his final address delivered in the Aula delle Benedizioni (Hall of the Blessings) which is the place where the newly elected pope is prepared traditionally for his first appearance to the public on the adjoining balcony of St Peter’s Basilica.

What was striking, but not heard for the first time, was that Pope Francis prefers a poor Church, even one in debt, which is better associated with the poorest of the world.

We hope that this meeting will bring new inspiration and a broader interest in the text of Evangelii Gaudium for the near future and beyond.

Presentations and photographs of the conference can be found here.

Pictured above are Elizabeth Barker (left), Fr Karol Porczak and Rebecca Bretherton from East Anglia at the New Evangelisation International Meeting in Rome, which was addressed by Pope Francis, above.