Nun is honoured, help for the needy, prayers for life 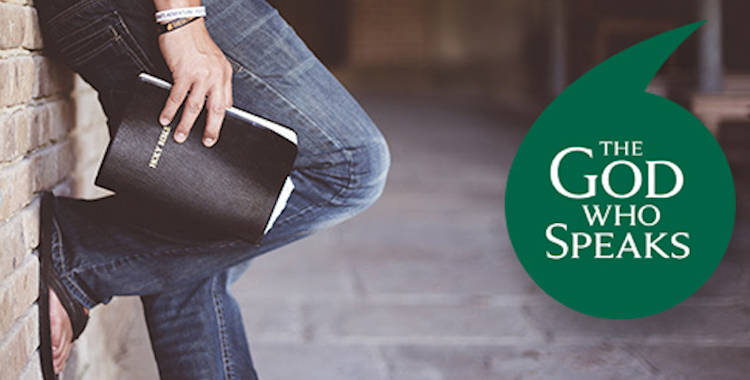 The Bishops’ Conference of England and Wales has designated 2020 as a Year in celebration of “The God who Speaks”, inviting the Church to listen afresh to the Word of God. The year will be launched on September 30 and, as an introduction, the project’s Suffolk representative, Jean Johnson, talks about her own love of Scripture.

I thank my family for my love of the Bible.  When I was seven my father wrote in my first Bible, 2 Tim.3:15, which reads “From infancy you have known the Holy Scriptures, which are able to make you wise for salvation through faith in Christ Jesus”.

It was certainly true that I knew the Scriptures from childhood.  In the school holidays I saw my grandma read her Bible every afternoon after the chores were finished.  My family were Evangelicals and we went to the Gospel Hall three times on Sunday.  Between them, my father and grandfather were preachers for over 100 years.

From being a little girl, I often went with my father and sat on the front row when he was preaching.  Every Sunday morning there was a Breaking of Bread service, so although we sang, ‘only bread and only wine…’ and understood them as symbols, it prepared me for the importance of the Eucharist.  Our spirituality was much influenced by hymns, and choruses in Sunday School, such as:

I believe that the best book to read is the Bible and Romans 10 and 9 are my favourite part.

Early in my teens I did a course answering questions on every New Testament chapter, receiving a small New Testament, and then on the Old, to gain a much prized black leather Bible with a zip.  I still have it, almost falling apart with use!

Love of the Bible led me, in 1974, towards the Catholic Church: I enrolled on a New Testament Greek course at Ipswich Civic College, and was persuaded also to enrol for a diploma in Religious Studies.

The Scripture courses were great but the doctrine was challenging.  However, all the Catholics knew what they were meant to believe (from the Catechism, of course).

Newman, like me, was influenced by Evangelicals in his youth but it was study of the Fathers that led him to the Church.

As we studied the Early Church I too saw that all the things I had been taught were wrong in the Catholic Church (bishops, priests and deacons, devotion to Our Lady, prayers for the deceased etc) had been there by the second century, in writings such as those of St Ignatius of Antioch.  When I told my parents I was to become a Catholic I didn’t know if my father would ever speak to me again as he believed that Catholics did not understand the Bible. However, he came when I was received into the Catholic Church on December 17, 1977, at St Mary’s Ipswich and did one of the readings.

Over the years, it has been a joy to lead Bible study sessions at an Augustinian parish and to help friends from St Pancras, Ipswich who, for ten years, led Bible study evenings also attended by URC friends, and to see how their confidence developed.

It is a great thrill to be working with the God who Speaks: 2020 Year of the Word.  As John 20:31 says of that lovely Gospel: “I too am assured that reading and believing Scripture will give us life in His name.”

Find out more at: www.cbcew.org.uk/home/events/the-god-who-speaks/