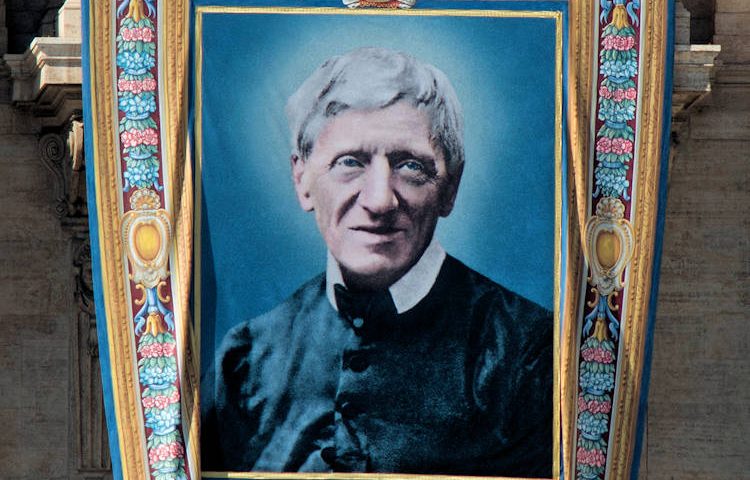 Harleston parishioners were shown an original letter written by St John Henry Newman at Mass on Sunday October 13 – the day that he was canonised in Rome.

Pictured right is a scan of a letter from St John Henry Newman (pictured above) to the great-uncle of Fr Charles Fitzgerald-Lombard, parish priest of Bungay and Harleston. John Woulfe-Flanagan was an undergraduate at Balliol College, Oxford. The letter is dated December 27, 1876. Fr Charles currently holds the original which now ranks as a second-class relic.

The letter addresses the young man’s struggle with his faith and is, for clarity, transcribed below. St John Henry Newman had been John’s headmaster at The Oratory School, Edgbaston. His efforts seem to have been successful as John married into the Shiel family (Newman’s lawyers) and brought up a devout Catholic family before his death in 1929 after a distinguished career on the staff of The Times.

The cousin referred to in the P.S. was probably Fr John Flanagan, one of the few original Oratorians who was not a convert to the Faith. 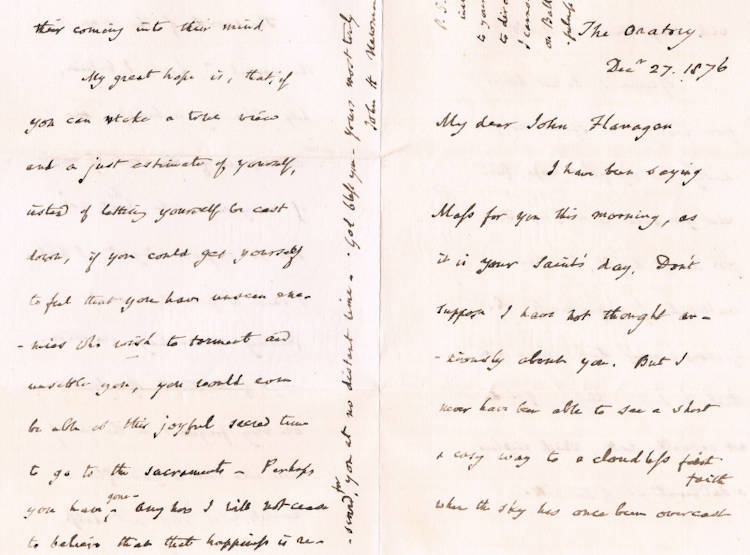 I have been saying Mass for you this morning, as it is your Saint’s day. Don’t suppose I have not thought anxiously about you. But I never have been able to see a short and easy way to a cloudless faith when the sky has once been overcast with temptations to doubt.

Of course I do not know you enough to speak confidently, but my great hope, from what you said to me, is, that you do not doubt, but have a multitude of importunate objections coming thick when you think of sacred things. You do not actually doubt, which implies a deliberate act of the will.

The words of the man in the gospel “Lord I believe, help Thou my unbelief,” are descriptive of the state of mind of many men who do not sin in experiencing it. I think I said to you that such flitting tormenting questionings of the truth of religion are very frequent in the case of those who turn to God after a careless life. They can’t help their coming into their mind.

My great hope is, that, if you can take a true view and a just estimate of yourself, instead of letting yourself be cast down, if you could get yourself to feel that you have unseen enemies who wish to torment and unsettle you, you would even be able at this joyful sacred time to go to the sacraments – perhaps you have gone – any how I will not cease to believe that that happiness is reserved for you at no distant time.

God bless you – Yours most truly

P.S. I enclose this to your cousin to direct, as I cannot reckon on Balliol carefulness at Xtmas