Diocesan priests on the move for a new season 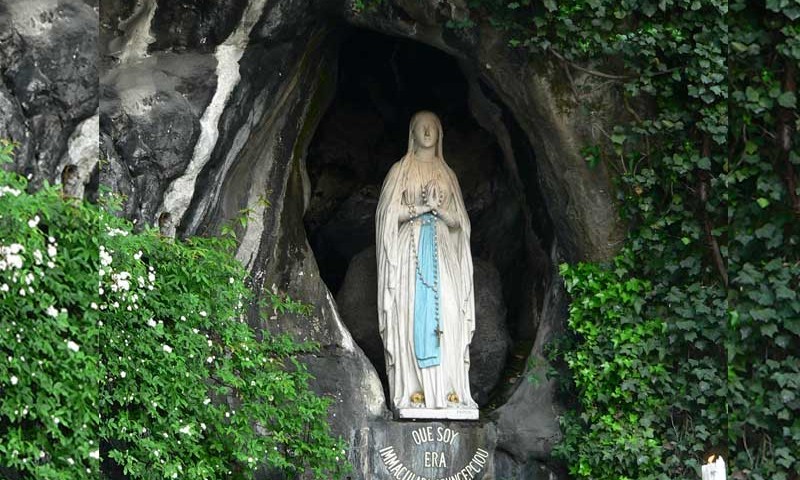 Fr Peter Wygnanski and Deacon John Morrill were among speakers who shared memories of miracle moments at Lourdes during a recent virtual pilgrimage.

The virtual pilgrimage was organised by the Catholic Association, with which the Diocese of East Anglia has regularly made pilgrimages to Lourdes. Both of the testimonies from Fr Peter and Deacon John focussed on the Glanfield Children’s Group, which was set up in 1987 in memory of Fr Frank Glanfield to take children to Lourdes, especially those with learning difficulties, or chronic or terminal illnesses. Fr Tony Rogers, currently parish priest in Aldeburgh, subsequently became chaplain of the group.

“On Sundays the Glanfield group would take a trip up the mountains for their own Mass,” recalled Fr Peter Wygnanski, who was recently ordained a priest in the Diocese of East Anglia. “The first year I went it was cold, wet and misty. But since then it’s been a real highlight of the pilgrimage.

“For one afternoon a French hillside turns into a slightly chaotic but holy silliness, and the line between volunteer carer and children blurs a bit.” He said it was both the size of the mountains, which made him feel small like a child, and the opportunity for service, which had changed him.

Professor John Morrill, a deacon based in Bottisham in Cambridgeshire, also highlighted service as a distinctive feature of Lourdes. “It always seems to me that in Lourdes the world is as it should be, not as it is,” he said.

The story he chose to share was of his daughter, who went to Lourdes on pilgrimage with Fr Tony Rogers and the Glanfield Group in 1990.

“She was quite a troubled teenager,” he said. “She’d lost all motivation at school and didn’t know what to do with herself. Late at night she went to the grotto. She simply asked Our Lady to give her some guidance.

“She was crying, and she then became conscious of a very flesh-and-blood lady who came up to her and said: ‘Are you alright?’ My daughter said: ‘I don’t know what to do with my life,’ and the lady replied: ‘Yes, you do.’

“At that moment some words from my late wife came to her: ‘Have you ever thought of being a speech therapist?’ And not only did she become a speech therapist, she is now a specialist who looks after a large part of England. It was a miracle which defined her whole life.”

You can watch the whole session of pilgrims recalling miracle moments on: