Sarah shares vision for prayer on the air 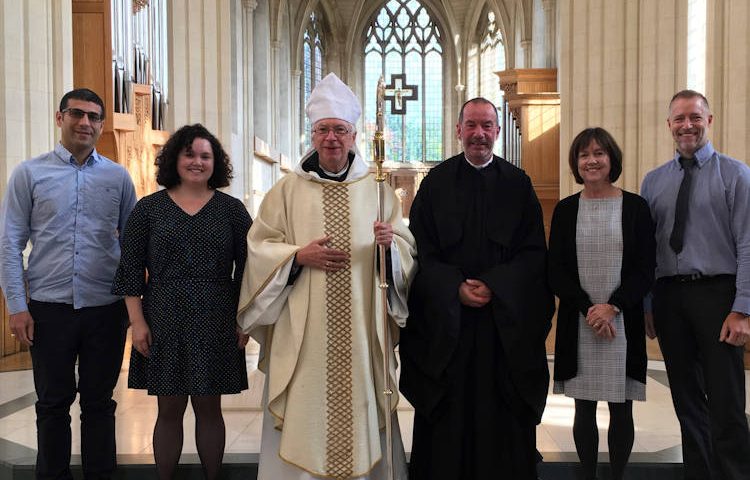 Fr Paul Maddison, former Parish Priest of March, has taken a further step in his vocation as a Benedictine monk at Douai Abbey, near Reading.

Under his new monastic name of Fr Gregory, he took his simple vows during a Mass on 15 October.

These vows are offered after a year’s Novitiate and are a commitment to more three years continued formation as a Benedictine monk.

The three vows which Fr Gregory took are obedience to the Abbot, Conversatio Morum (conversion of life according to the Rule of St Benedict), and stability, that is, being part of the Benedictine community in the monastery of St Edmund at Douai.

Fr Paul was well known in the Diocese of East Anglia as the CEO of the charity Pilgrim People, which organised trips to the Holy Land and ran practical projects for the Latin Patriarchate of Jerusalem.