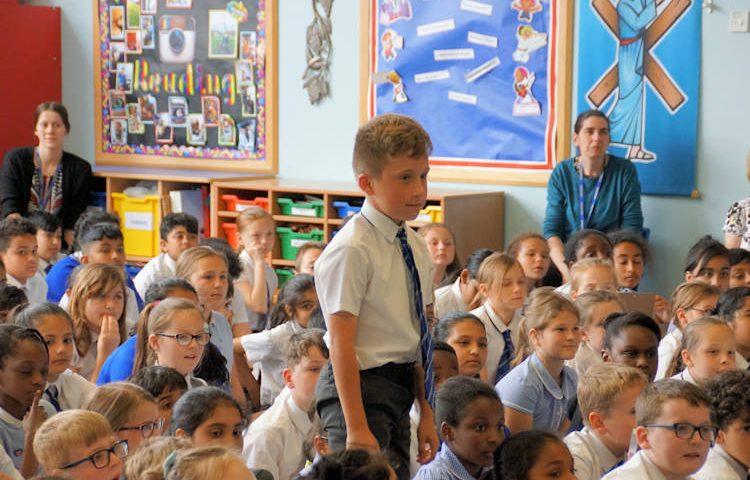 A new Catholic primary school in Hamptons East was approved by Peterborough City Council at a meeting last night (February 12) and is believed to be the first Catholic school in the whole country to have been given the green light in a decade. Keith Morris reports.

The new maintained voluntary-aided school is due to open in September 2022, initially for 90 pupils before eventually reaching 630. It will also have a 30-place nursery.

Bishop Alan Hopes said: “I am delighted that Peterborough City Council have approved our proposal and that we will soon have a new Catholic school in the city. I am very grateful for all the hard work that has gone into this from the diocesan schools team and all others who have been working on this project. I know that the parish of St Luke’s will also be very happy with the outcome and be filled with gratitude.”

Helen Bates, assistant director (schools service) at the Diocese of East Anglia, said: “We are delighted that our proposed new primary school has been approved and would like to thank everyone who has shown their support for this school. We now have just over two years to get the school built and to appoint staff and governors. We will be working in partnership with Peterborough City Council to build the school and to make sure everything is ready for September 2022.

“One of the first things we will need to do is to appoint a shadow governing body with expertise in key areas like education, finance, HR and management, to lead on the setting up of the new school. There is a lot to do, but this is a very exciting time. We will keep people updated on progress via our website at www.rcdea.org.uk

Jonathan Lewis, Service Director for Education Peterborough City Council, told BBC Radio Cambridgeshire: “We feel that the proposal that has come forward is a positive route for the council and is a new route to opening schools that the government is investing in heavily.

“We will have a fantastic new school for the local area that offers choice and diversity and will create a slightly different feel for Hampton and one that local children will attend. Evidence from the other Catholic schools in the city show that the vast majority of pupils are local children.”

It is being 90% funded by the Government, with the council having to pay between £1.1 million and £1.5 million and is the first such faith school to be approved under a new voluntary-aided route.

To keep in touch with the latest news about the school you can sign up by clicking here.

Pictured above is St Thomas More Catholic Primary in Peterborough.

Listen to a BBC Radio Cambridgeshire debate on the new school at: