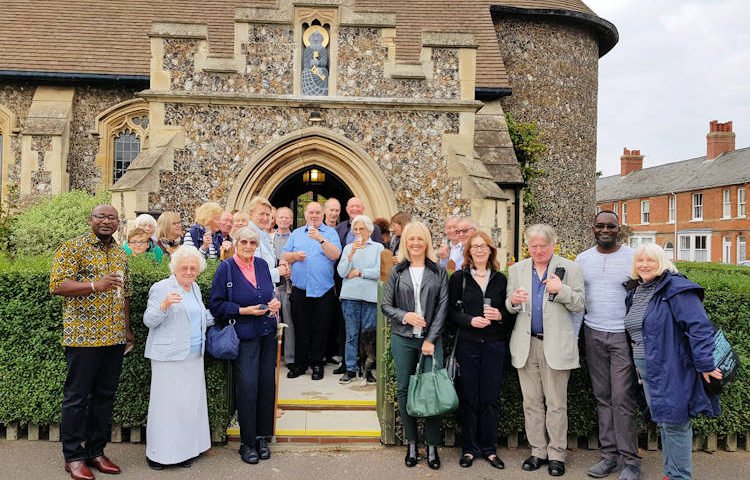 A new, hopefully long-lasting, statue of St Peter has been carved and installed, at the front of the Church of Our Lady and St Peter in Aldeburgh. 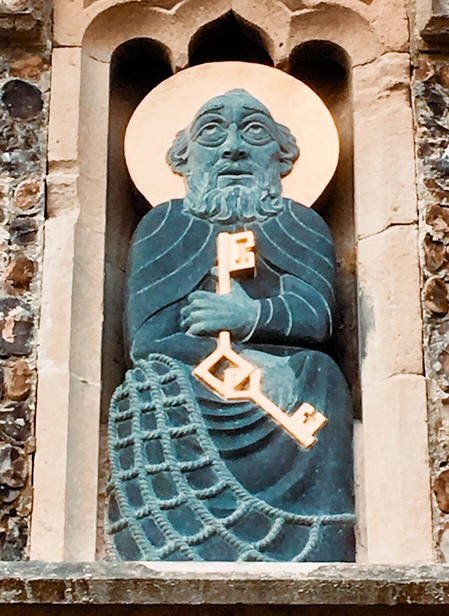 Fr Tony Rogers said: “The church faces the North Sea and its rigours and the existing statue of St Peter sat atop the porch until the elements reduced it to a figure which looked as if it had been doctored by Cromwell. A legacy from a parishioner asked that a new one to carved to replace it – that was about 12 years ago.

“The sculptor who was commissioned to do the work died midway through his undertaking, and after much thought a new artist was found – Louise Tiplady, who advised the parish that stone would never last. She recommended that we use Kilkenny slate – a particularly dense variety.

“The statue was completed recently and blessed after Mass on Sunday, October 14, in front of an appreciative crowd who were delighted with the result. The blessing was followed by a glass of bubbly and various toasts.  The figure is striking – St Peter has a net and is looking over the town to the sea” said Fr Tony.