Corpus Christi to be celebrated in Latin at Walsingham

June edition of Catholic East Anglia is out now 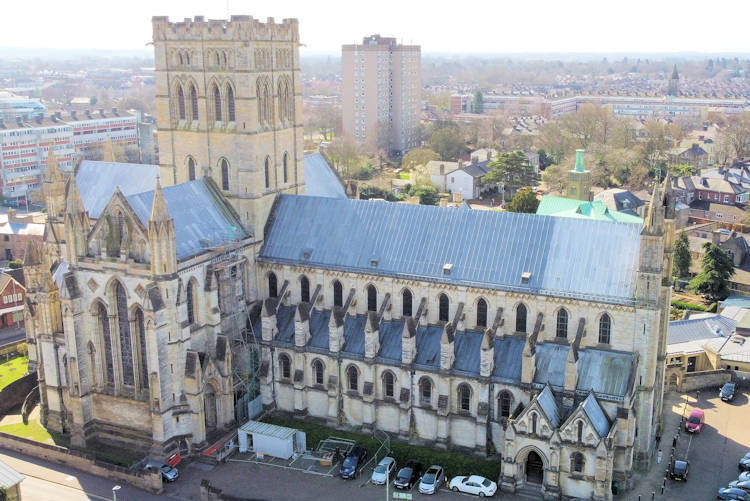 A former treasurer of St John the Baptist Cathedral in Norwich, who is in jail for defrauding the cathedral of £235,000, has been ordered to pay back just £1 because he has no assets.

Former volunteer treasurer Rene Mugenzi is currently serving 27 months in jail for the Fraud by Abuse of Position, which spread over a two-year period from April 2016 to May 2018.

Today (June 2) at a short Proceeds of Crime hearing at Norwich Crown Court, the prosecution and his defence team agreed that there was no money left and Mugenzi had no assets.

Judge Maureen Bacon QC said that of the £235,500 taken, Mugenzi would have to pay £1. He was given seven days to pay.

Bishop Alan Hopes said he was disappointed with the ruling which he said was “not proportionate to the scale of the theft from the Cathedral parish.”

He added: “It is in stark contrast to the support and generosity of so many parishioners at the Cathedral and across the Diocese when they learnt of the theft. We continue to be very grateful for this support.”

Mugenzi blamed his gambling addiction for his crime. His barrister said the 45-year old had used gambling like a drug to deal with mental health issues.

Canon David Paul, the Cathedral Dean, said: “The Diocese and the Cathedral Parish Finance Committee have now put more robust measures in place to ensure, as far as possible, it will not happen again.

“We have fully reimbursed all third-party charities, where some of the money given to us in second collections was intended to go. All the losses are now against cathedral funds. Fortunately, we have been able to recover some of the funds from our insurers to help mitigate the losses.”

A full investigation has been carried out by the Vicar for Finance, Deacon James Hurst.  On top of actions already implemented by Director of Finance and Resources, Matthew Fernandez-Graham, James made far-reaching recommendations for every parish in the Diocese.