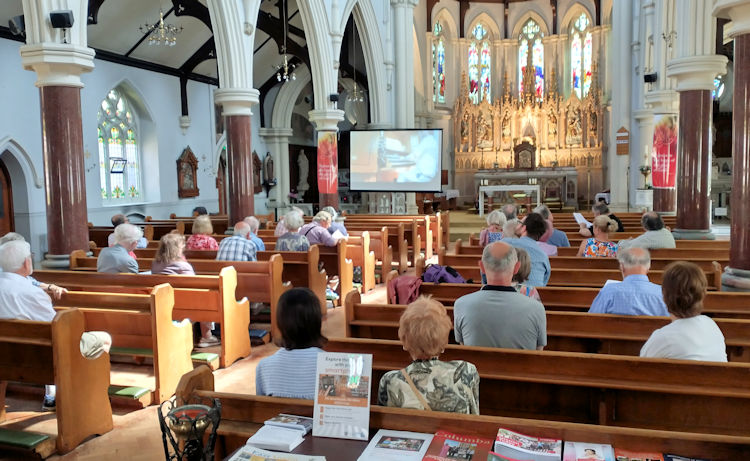 A group of ten organ players from the Organ Society of Great Britain recently enjoyed a musical visit to Our Lady Star of the Sea in Lowestoft.

Having been frustrated by Covid over the last year, a group from the Society visited Our Lady, along with several other local churches, on July 16 to play and listen to the churches’ organs.

The interest is in playing the organs but also appreciating the variety of their construction, age, and the organ builder in question.

During the afternoon at Our Lady Star of the Sea, each of the ten or so players from the society chose some music to play and so the audience enjoyed a variety of music styles and periods from the three manual Norman Beard organ of 1902. In a warm and appreciative atmosphere, the parishioners and members of the public attending enjoyed a relaxed and entertaining afternoon.

Tony Walmsley from Our Lady, said: “The church has always encouraged organists to come and play recitals on the organ but some of the gloss of the events was lost by the audience sitting in pews that looked away from the organ. They could hear well but not see the organist playing.

“Our Lady has now overcome this by having a camera in the organ loft and projecting a video of the player at the console which is then projected onto a cinema screen at the front of the nave.

“To avoid the picture of the organist and the sound of the organ becoming out of sync, the camera is hard-wired to an HDMI converter. The set-up had its first outing for the society’s visit and proved a great success,” said Tony.

It is hoped that this will encourage more interest in recitals in the church from both players and audiences. The Society plans to return next year.