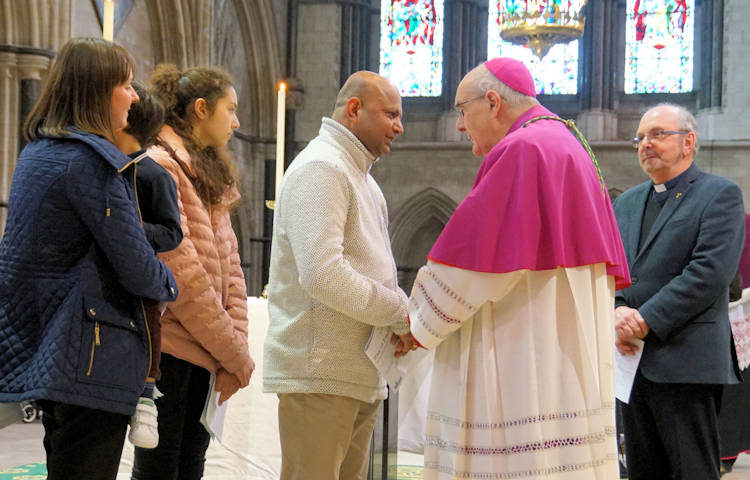 Over 60 people seeking to become members of the Catholic Church were personally greeted by Bishop Alan Hopes at the Rite of Election service at St John’s Cathedral in Norwich on Sunday (March 10).

A total of 30 Catchecumens and 32 Candidates from across the Diocese of East Anglia gathered at the cathedral with their sponsors to take part in the Rite of Election, an important stage along their journey as they undergo the final stages of RCIA (Rite of Catholic Initiation of Adults) and prepare to be either Confirmed, or to be received into the Full Communion of the Church and receive the Eucharist for the first time, both of which take place at the Easter Vigil.

In his homily, Bishop Alan said to them: “Today is a celebration of your hope and trust in Jesus Christ, to whom you turn for salvation. Today you are being elected, chosen, called to salvation. The Church rejoices with you as she numbers you amongst all those who have been called and chosen.

“This call is not just for special people, but for everyone. We are all called to become like Jesus Christ.”

Catechumens are adults who have never been baptised and seek to become members of the Catholic Church through the Sacraments of Baptism, Confirmation and Eucharist at the Easter Vigil. After being greeted by Bishop Alan, they were invited to write their names in the Book of the Elect.

Candidates are adults who have been baptised in one of the Christian denominations and now seeks to become members of the Catholic Church through the Rite of Reception whereby they will receive the Sacraments of Confirmation and Eucharist.

See below or visit: https://flic.kr/s/aHsmzqTisB to see a full picture gallery. Pictures are free to download and use. 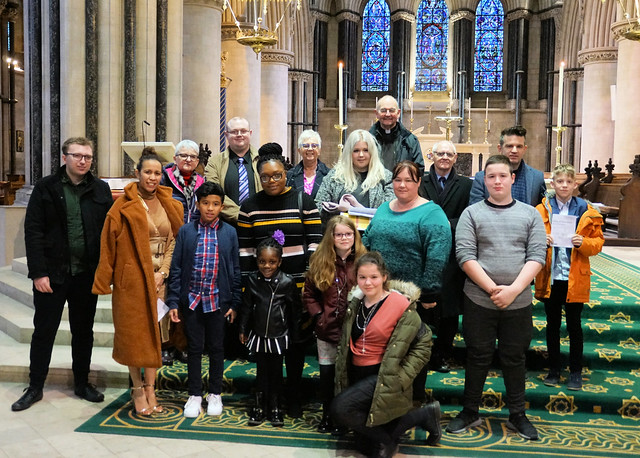